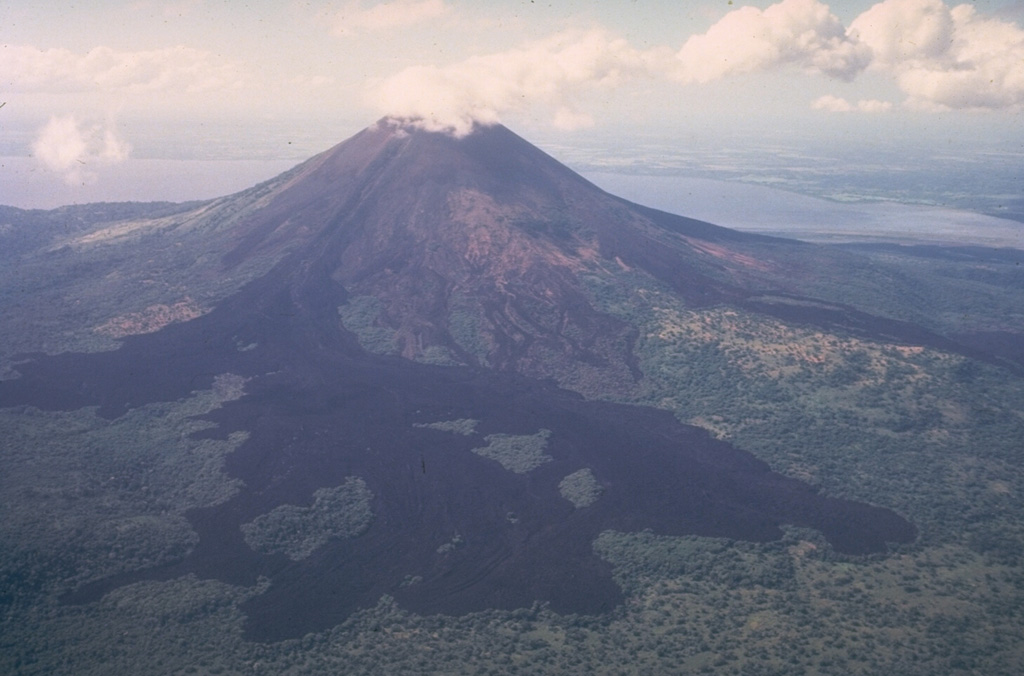 During the latest eruption of Momotombo volcano, in 1905, a large lava flow issued from the breached NE side of the summit crater and traveled 4.5 km onto the lower flanks. The brief, 5-day-long eruption began on January 16 and was accompanied by minor explosive activity. Several prominent "kipukas," (islands of older terrain) are visible in this view from the north with Lake Managua in the background.