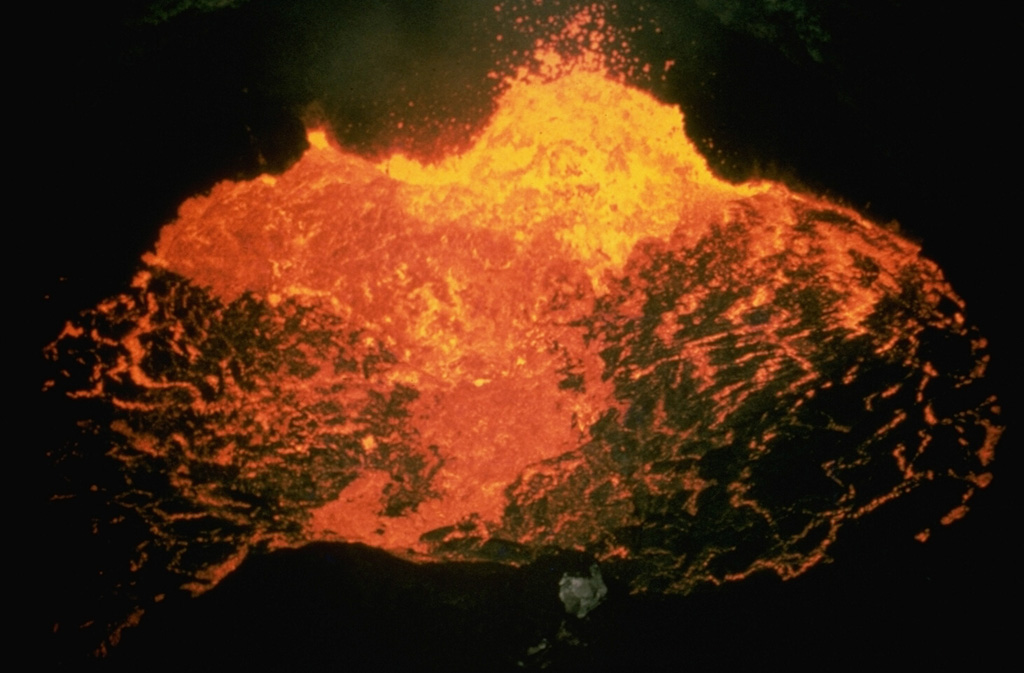 A new lava lake appeared on the floor of Santiago Crater in October 1965, marking the beginning of Masaya's third 20th-century lava-lake cycle. By 1969 activity was restricted to a small spatter cone in the center of the crater. Several lava flows erupted on the crater floor between 1965 and 1972. The spatter cone collapsed in 1972 and lava lake activity was visible until 1979, when activity subsided and was followed by dense gas emissions. Small ash eruptions took place on single days in 1981, 1982, 1984, and 1985.