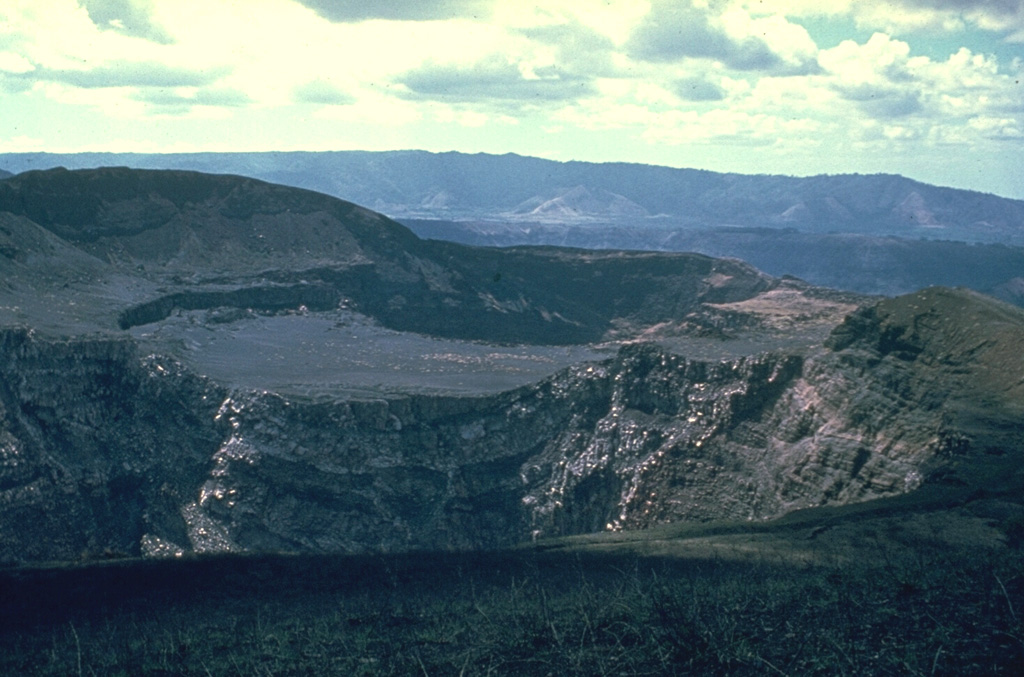 Three Masaya summit craters are visible in this view to the NW; Santiago crater appears in the foreground, with the flat, high surface of Nindirí crater in the middle and San Pedro crater behind it. The flat-lying, lighter-colored lavas in the center are a part of a lava lake emplaced in Nindirí crater during an eruption in July 1852. A small lava flow was also emitted at that time, a few years before the formation of Santiago and San Pedro pit craters in 1858-1859. The NW wall of Masaya caldera forms the low ridge in the middle distance.