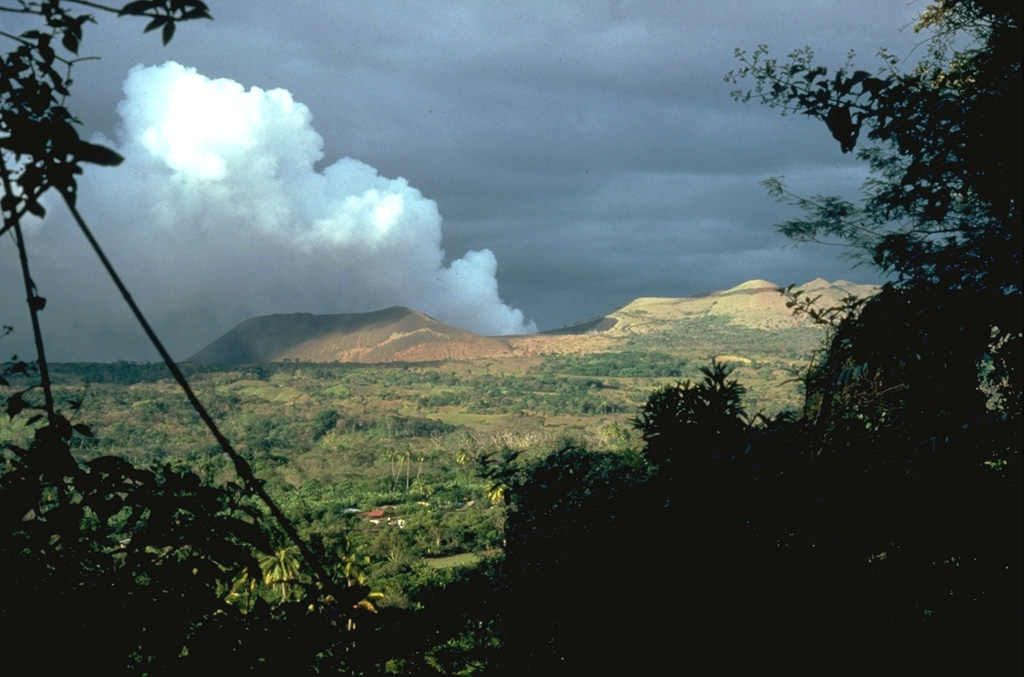 Masaya volcano is noted for long-duration periods of voluminous gas emission. This February 1982 photo from the NE shows a gas plume pouring from Santiago crater, during the 4th gas emission crisis of the 20th century. Emission of a very large gas plume had continued without interruption since the fall of 1979. Remote sensing of SO2 revealed continued high level flux, with a 1500-2000 tons/day average during 1980. Distribution of the gas plumes by prevailing winds caused widespread crop damage.