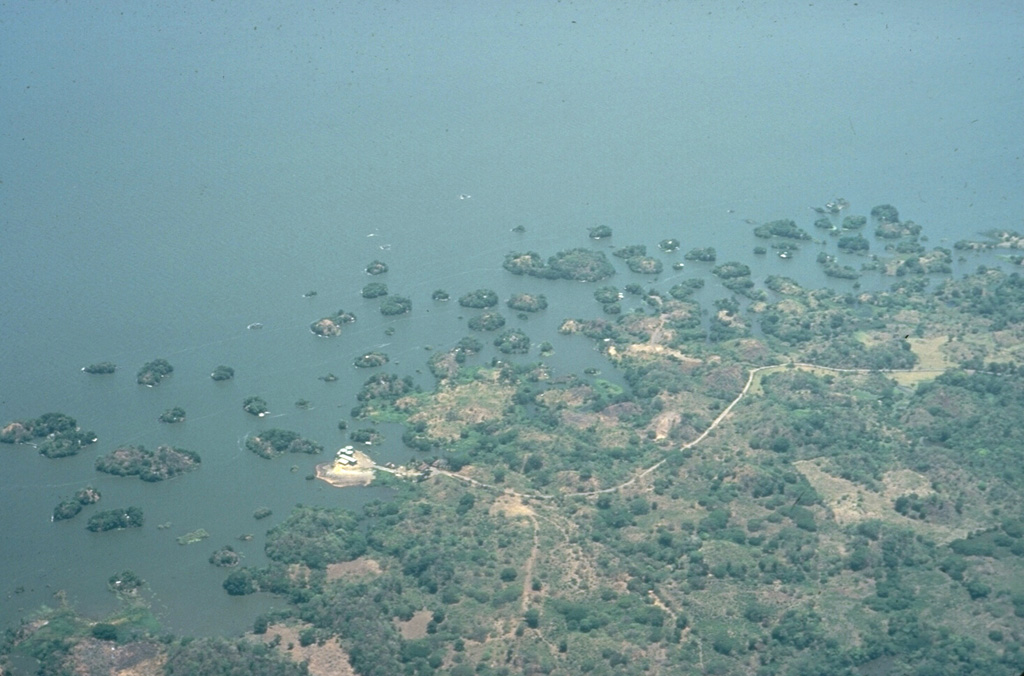 Las Isletas, a group of islands that were created by a large Holocene debris avalanche from Mombacho that swept into Lake Nicaragua. The avalanche traveled at least 12 km. The hummocky debris created an arcuate peninsula that extends into the lake as well as hundreds of small islands. This morphology is common where debris avalanches enter shallow bodies of water.