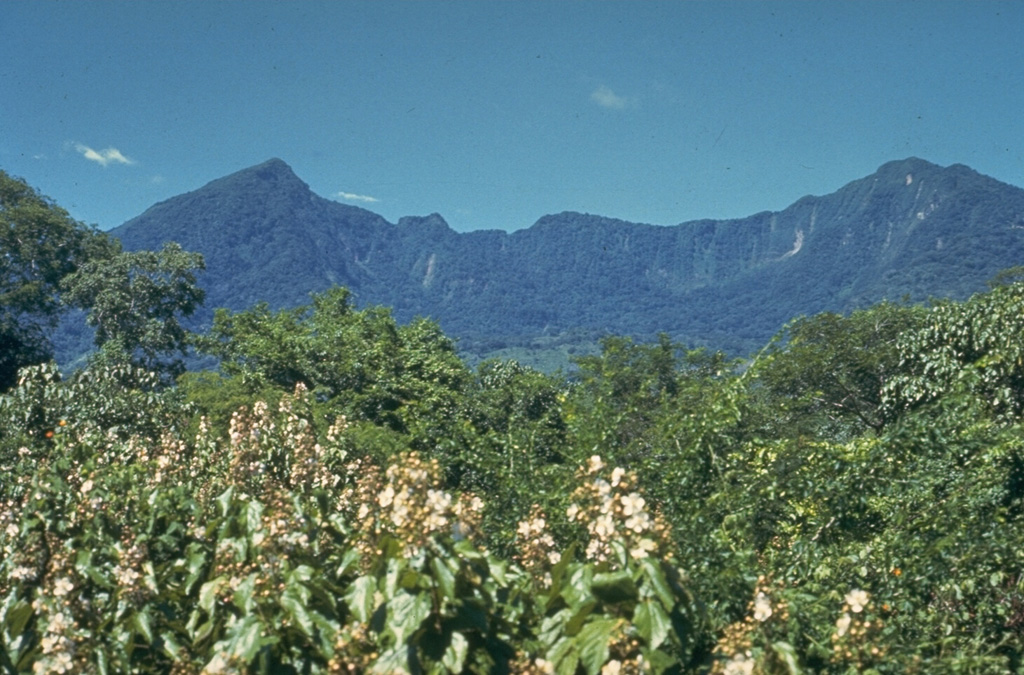 The south side of Mombacho contains a horseshoe-shaped crater that was the source of a large debris avalanche in 1570 CE that swept over a village south of the volcano, killing 400 people. The avalanche traveled 13 km S; contemporary accounts note that if it had occurred to the north, it would have reached the city of Granada. Contemporary accounts indicate that the volcano "exploded," but eruptive activity associated with the collapse has not been documented.