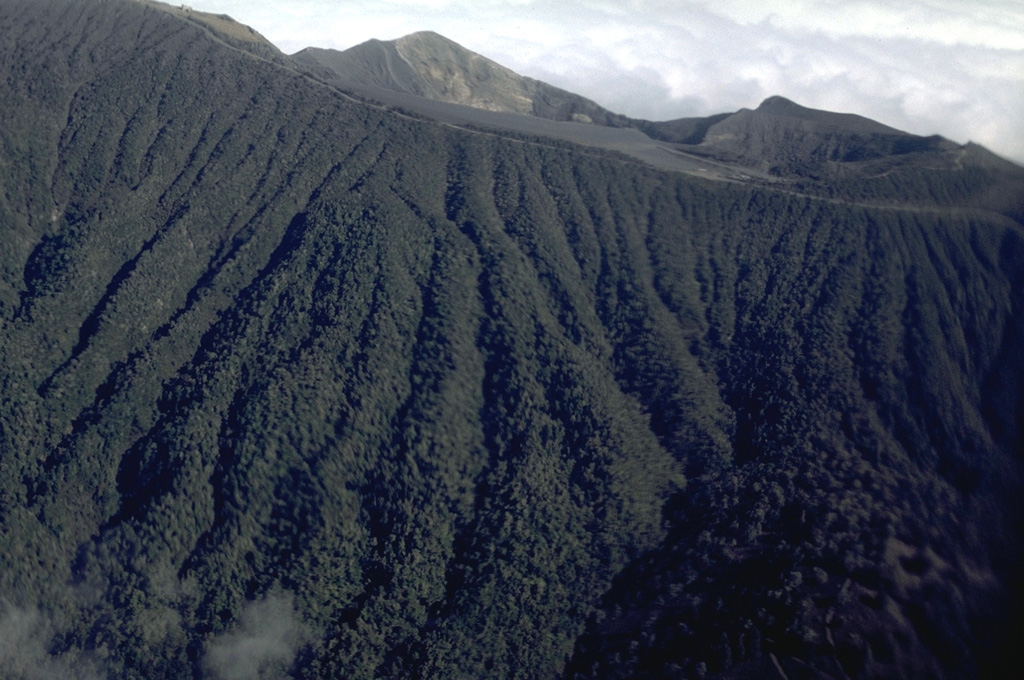 Erosional ribs furrow the upper southern flanks of Irazú volcano. The summit of the volcano lies just out of view at the upper right. The flat bench is Playa Hermosa. Behind it to the left is the northern rim of Irazú's currently active summit crater. To the right is the northern rim of the older Diego de la Haya crater, source of eruptions during the 18th century. Volcanism at Irazú has migrated from east to west; a still older cone lies out of view to the right.