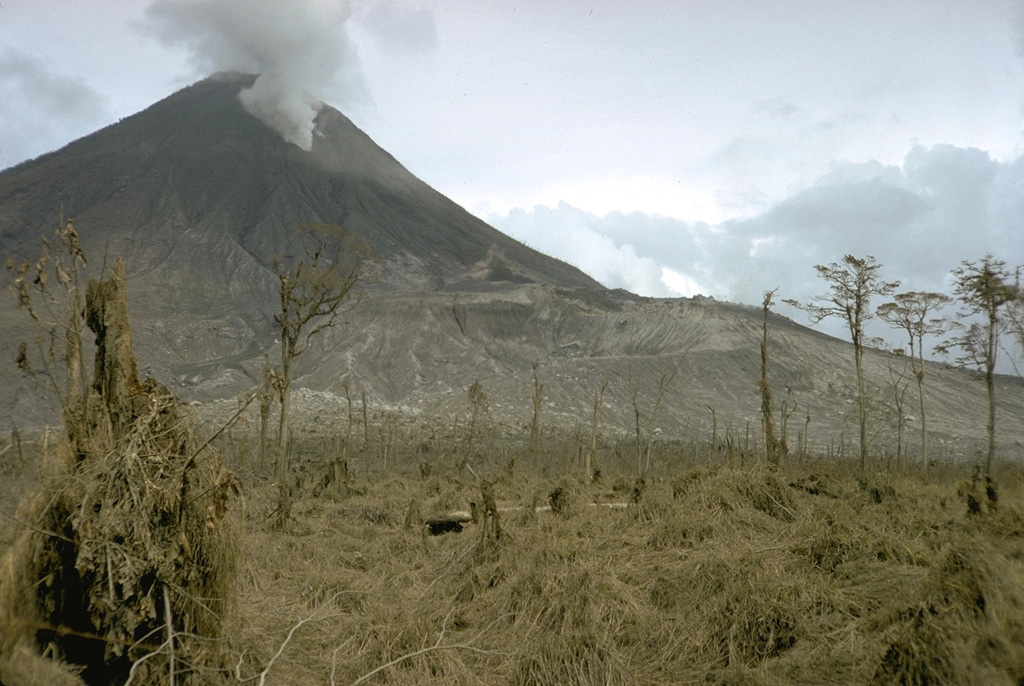 Three craters formed from the summit to the lower west flank of Arenal during the initial stages of a long-lived eruption that began on 29 July 1968. The lowermost crater (Crater A) is the near the center of this photo. Crater B is between Crater A and Crater C, which is producing a gas plume near the summit. Crater A was the source of the largest explosions, pyroclastic flows, and ballistic ejecta.