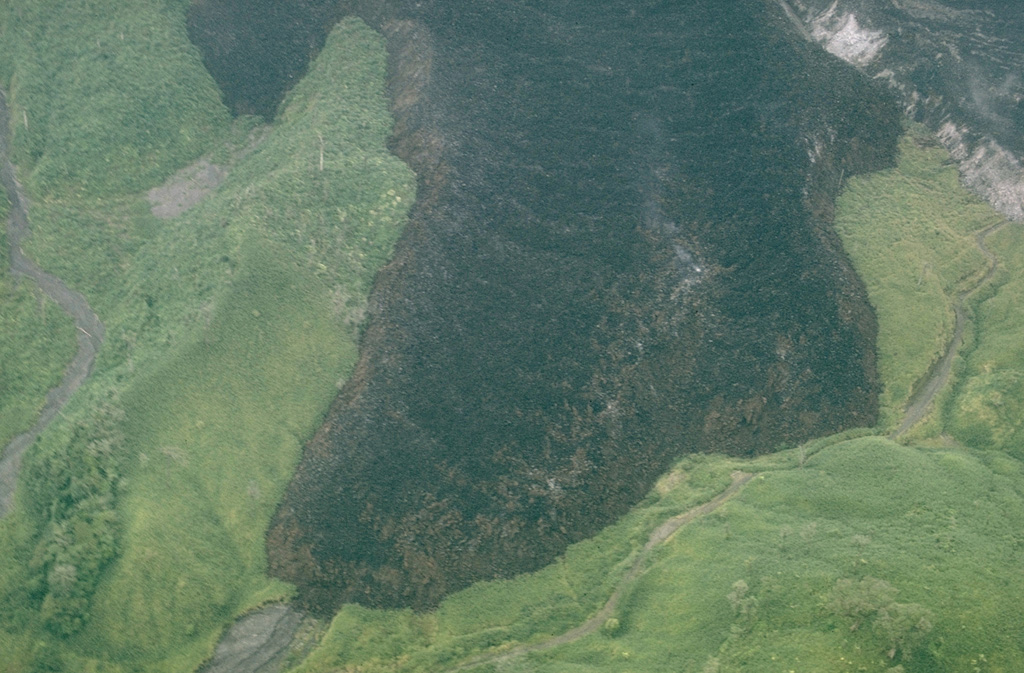 This view shows a lava flow on the WNW flank of Arenal, which originated from Crater A on the lower west flank. At the time of this September 1969 photo the flow had been active for one year. The thick andesite flow initially traveled down the Río Tabacón valley to the NW, but multiple lobes eventually filled different drainages.