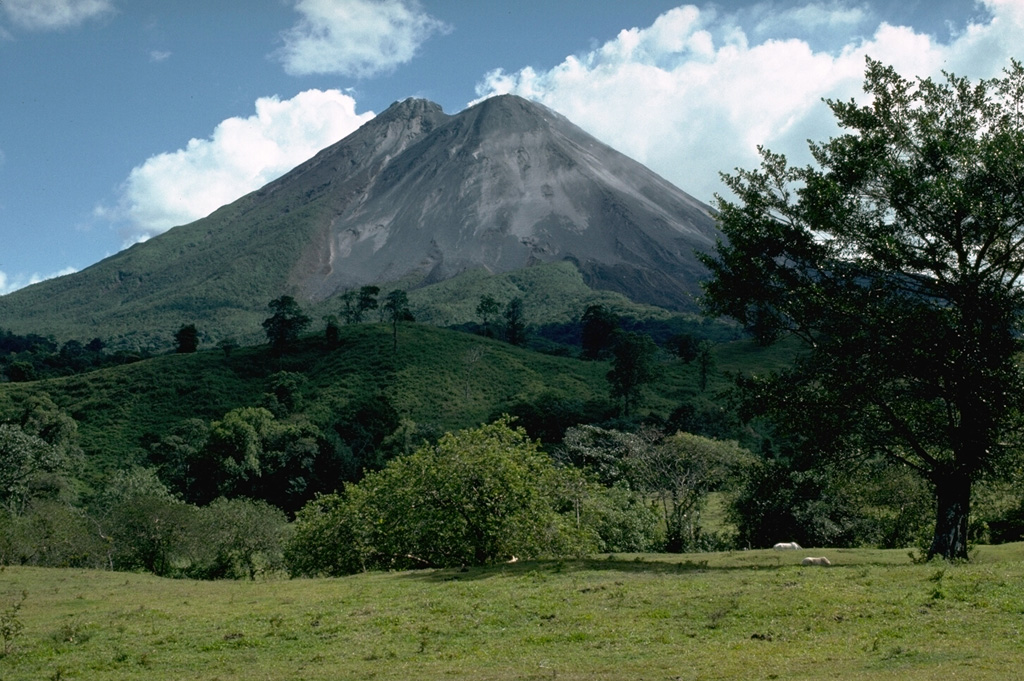 The new post-1968 Arenal cone is to the right in this 1989 view from the NW. The pre-1968 summit forms the peak to the left. Eruptions originating from four craters on the western flank produced the new cone and a lava flow field on the lower western flank.