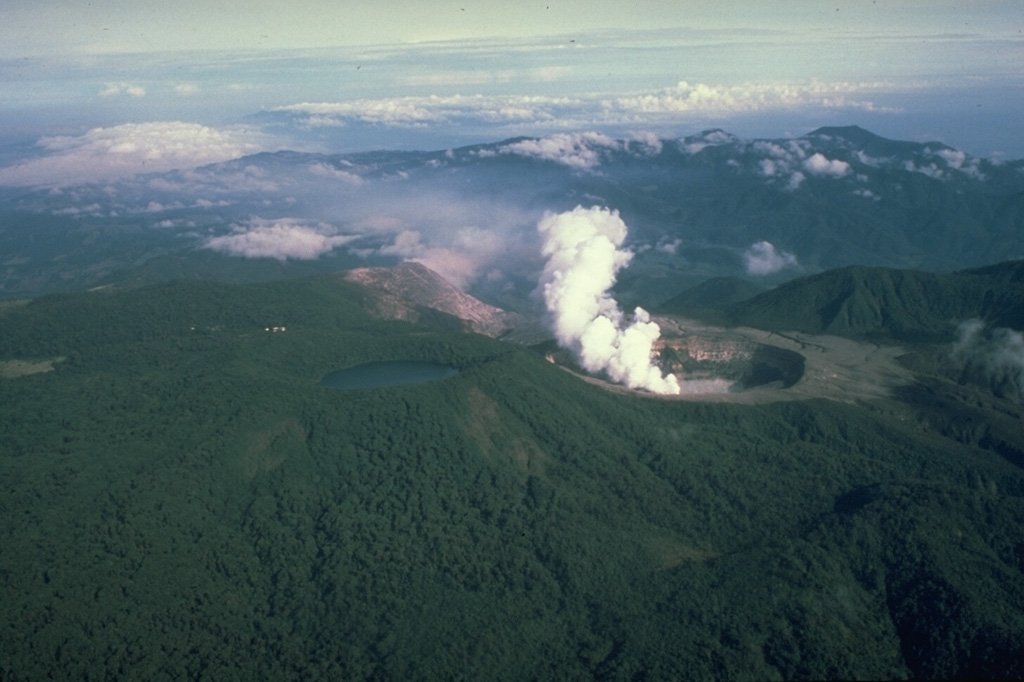 Poás is a broad volcano with a summit area containing three craters and is one of the most active volcanoes of Costa Rica. This photo from the east shows a plume rising from the active summit crater, which has been the site of frequent phreatic and phreatomagmatic eruptions since 1828, and the lake filled Botos crater to the left.