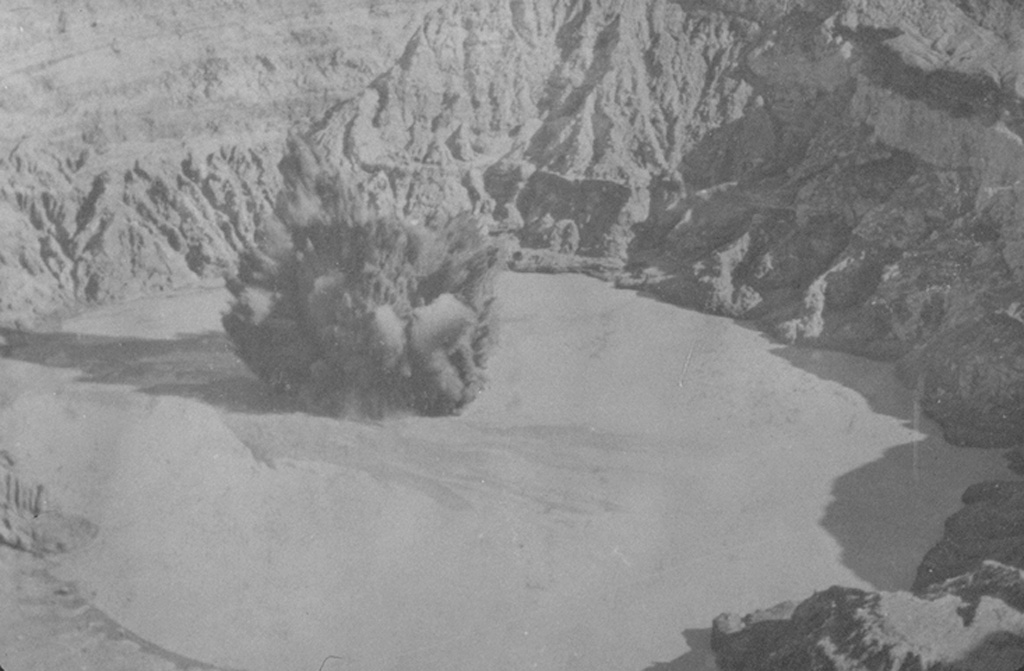 An ash plume rises above the crater lake of Poás volcano in 1915. Intermittent eruptions producing ashfall during 8 October 1914 to 15 May 1915. The 10 April eruption was seen from San José, and the last of a series of eruptions during 15-19 April that produced ashfall across great distances.