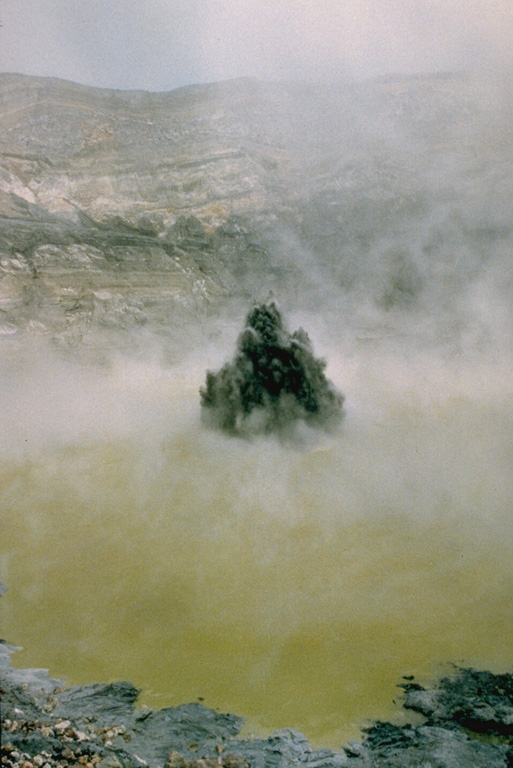 Phreatic eruptions resumed from Poás in June 1987, ejecting lake water and sediments to a maximum reported height of 75 m. This 23 January 1988 photo shows the typical ejection of plumes of gas, ash, and mud above the crater lake. The crater lake disappeared by 19 April 1989 then ash emission began. Phreatic activity began again after rainwater formed a new lake. During May 1989 ash plumes reached heights of 1.5-2 km above the crater.