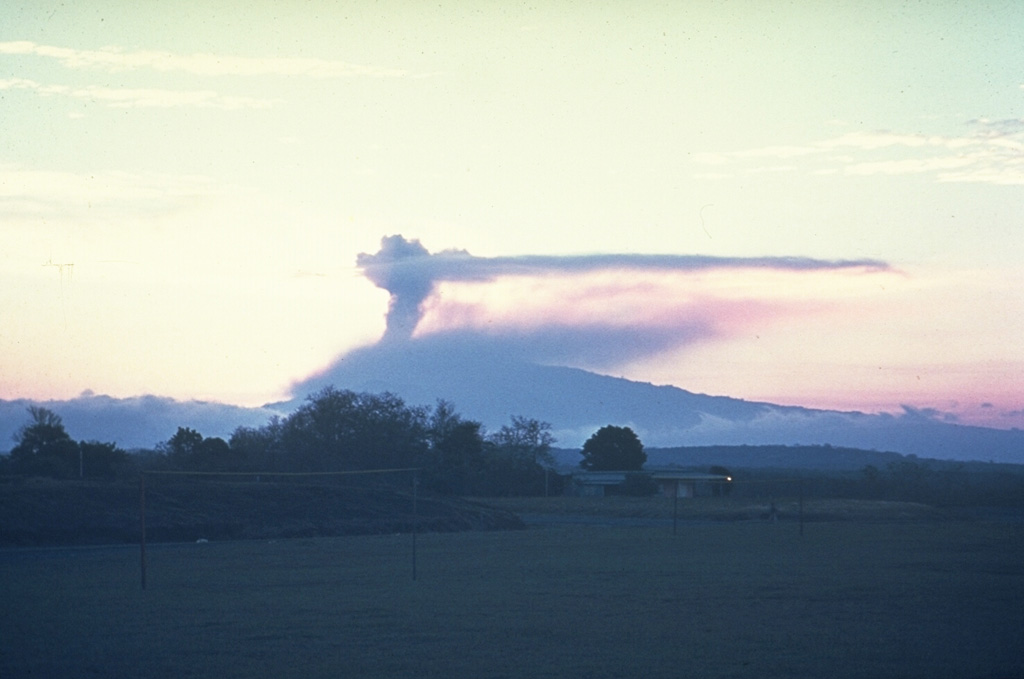 An ash plume above the summit of Irazú is seen in March 1963 from the old San José airport. Eruptions during 1963-65 were among the largest in historical time from the volcano. Intermittent mild-to-moderate explosive activity produced heavy ashfall that severely affected agricultural areas and caused economic disruption.