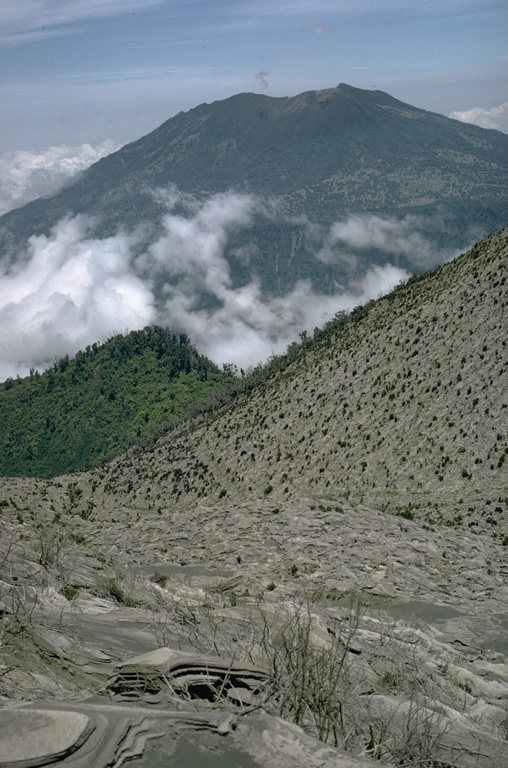 Turrialba is the SE-most and the 2nd-highest of Costa Rica's Holocene volcanoes. The massive, vegetation-covered stratovolcano is seen here from the barren upper slopes of Irazú volcano to its SW. Three well-defined craters mark the upper end of a broad summit depression that is breached to the NE. Turrialba has been quiescent since a series of explosive eruptions in the 19th century that were sometimes accompanied by pyroclastic flows.