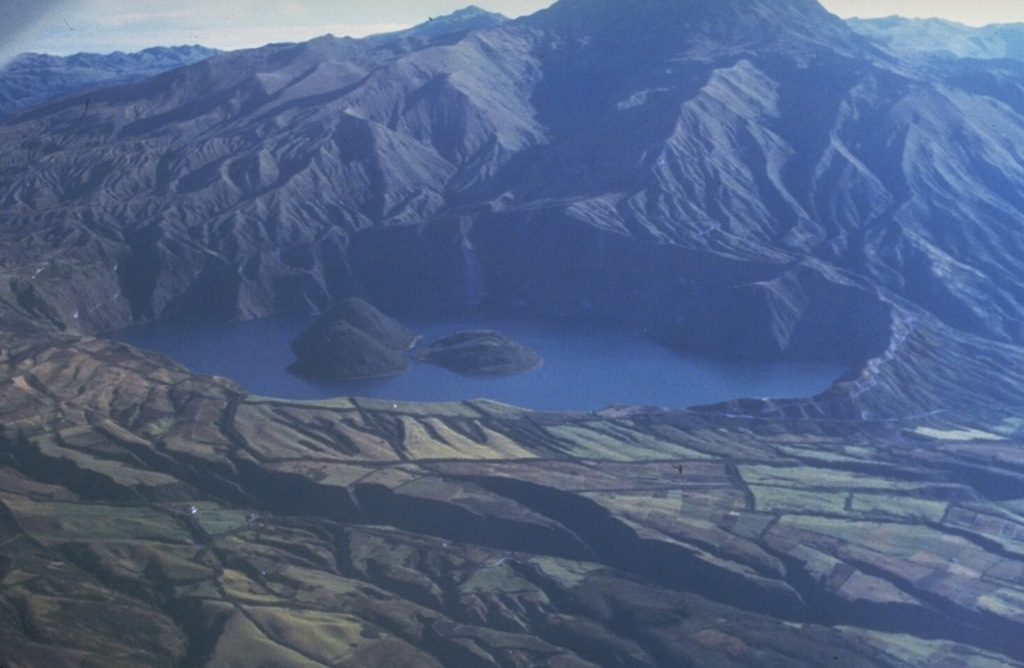 Scenic lake-filled Cuicocha caldera is located at the southern foot of the sharp-peaked Pleistocene Cotacachi stratovolcano. The caldera was created about 3100 years ago and contains a cluster of intra-caldera dacitic lava domes that form two islands in the large lake. A pre-caldera Cuicocha lava dome is situated on the east side of the lake (right). Pyroclastic-flow deposits cover wide areas around the volcano. The northern caldera rim truncates the heavily eroded slopes of Cotocachi volcano. 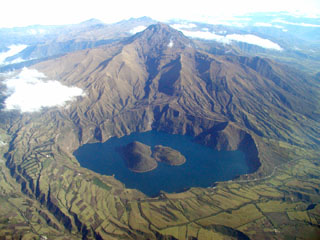