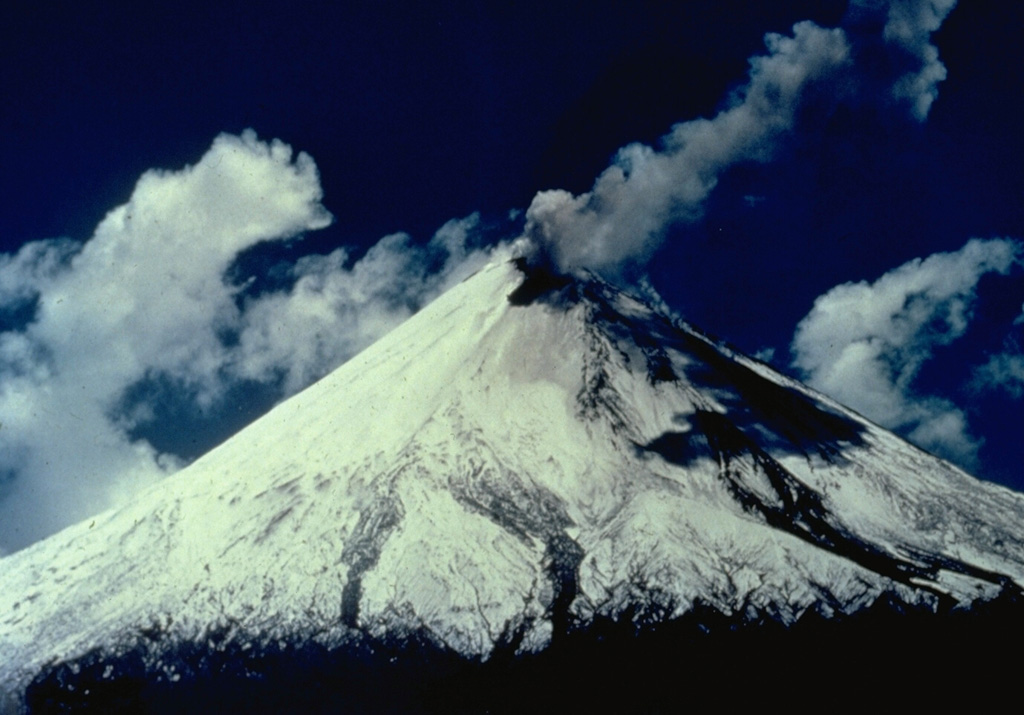 Activity seen in this August 1976 view of the west flank of Sangay volcano is typical of a long-term eruption that began in 1934. An ash plume rises from one of several summit craters. Much of the dark area on the western flank is a shadow, but a dark lava flow can be seen descending the slopes of the volcano. Frequent explosive eruptions and occasional lava flows have constructed Ecuador's most symmetrical volcano. It rises to over 5200-m altitude above the jungles of the western Amazon basin.