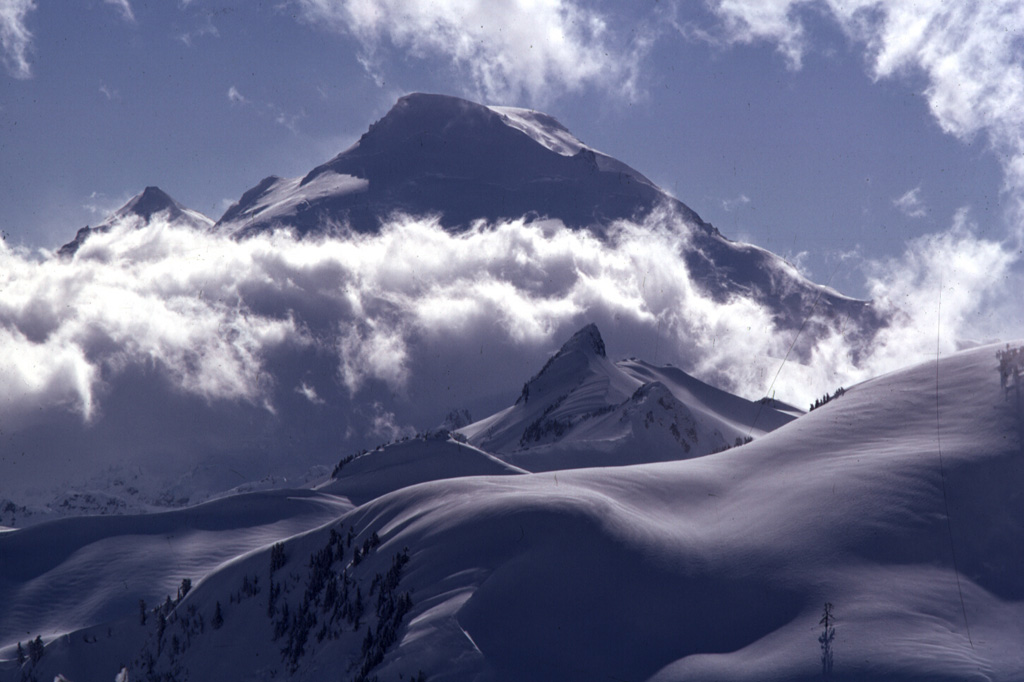 The historically active crater of Mount Baker, seen here from the NE rim of the Pleistocene Kulshan Caldera, lies between the summit and Sherman Peak (left horizon). The snow-mantled slopes in the foreground are located within Kulshan Caldera, which remained undiscovered until the 1990s because associated pyroclastic flow and ashfall deposits outside the caldera had been removed by Pleistocene glaciers. Coleman Pinnacle (center) is a remnant of a post-caldera fissure-fed lava flow. 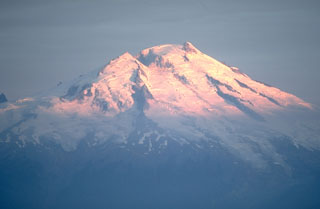