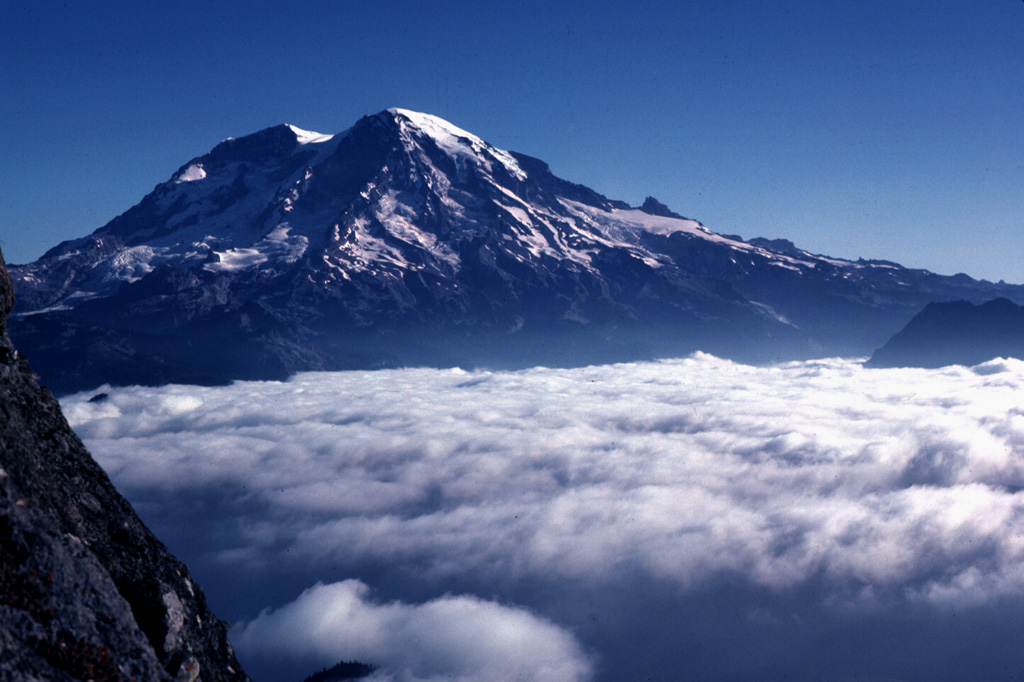 Mount Rainier is located east of the Puget Sound region, seen here from High Knob to the SW in 1981. Large Holocene mudflows from this heavily glaciated volcano have reached as far as the Puget Sound lowlands. Several postglacial tephras have erupted from Rainier, with tree-ring dating placing the last recognizable tephra deposit during the 19th century. Extensive hydrothermal alteration of the upper portion of the volcano has contributed to its structural weakness. 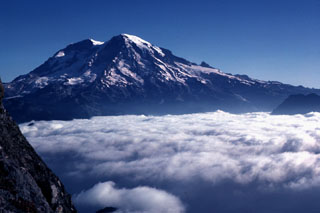