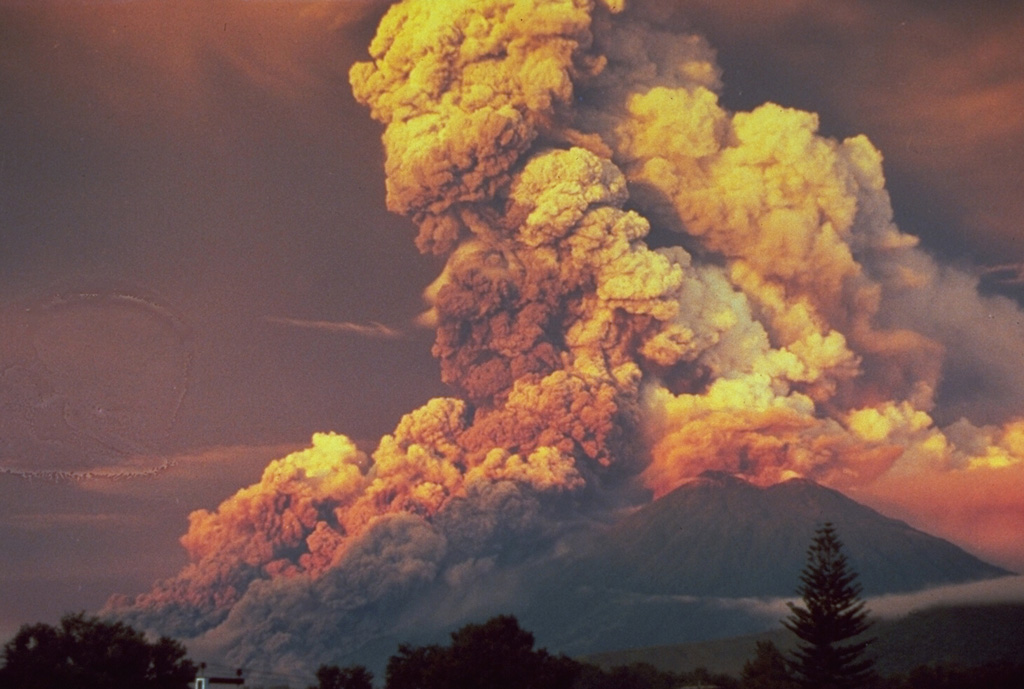 A powerful eruption at Fuego produced this ash plume at sunrise in October 1974. This view from Antigua Guatemala to the NE shows major pyroclastic flows moving down the eastern flank. Pyroclastic flows traveled 7 km but caused no fatalities. The 1974 eruption, the largest at Fuego since 1932, began with mild eruptions and small pyroclastic flows on 10 October. The eruption intensified on 14 October, with major Vulcanian eruptions occurring on that day, as well as 17-18, 19-20, and 23 October.