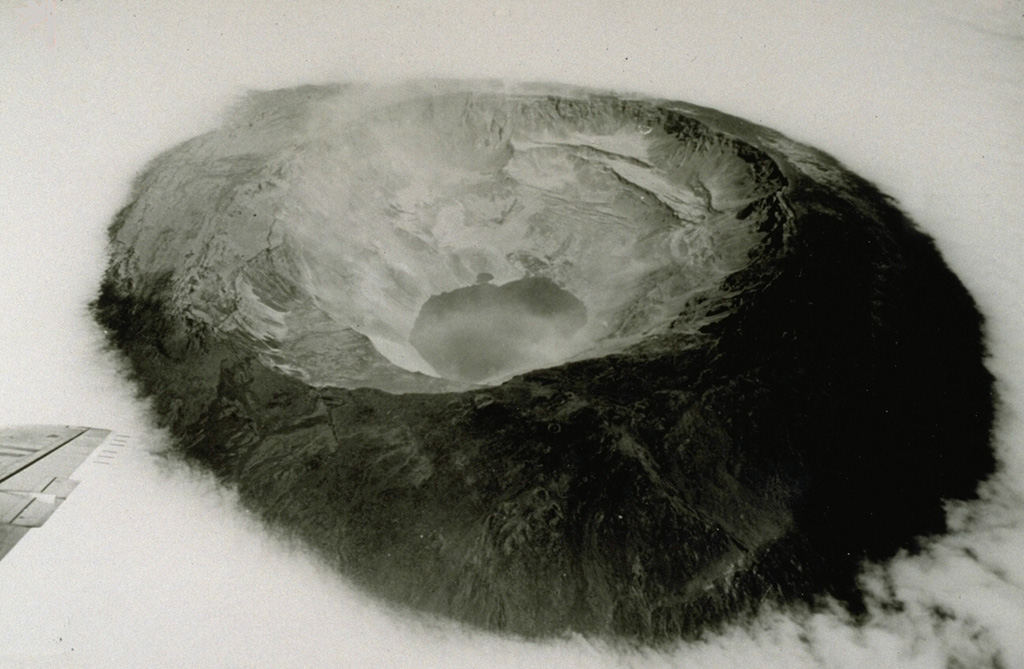 The 1968 eruption of Fernandina was one of the few historical instances in which caldera collapse has been documented. This oblique aerial photograph taken three weeks after the start of the caldera collapse shows Fernandina volcano from the ESE. The NW and SE benches and the central tuff cone (whose crater is partially filled by the small embayment at the top of the lake) can still be seen in this photograph, despite roughly 350 m subsidence of the SE caldera floor. Note the dust from rock avalanches on the oversteepened walls.