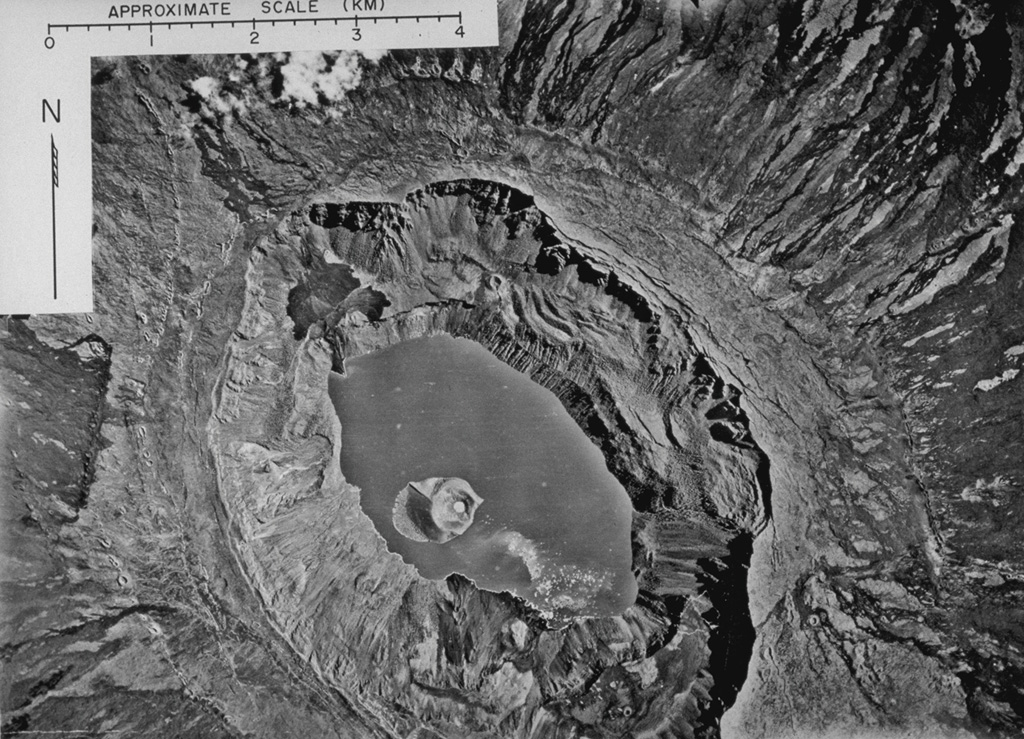 An aerial photograph mosaic shows Fernandina caldera from above in 1947. Concentric rows of circumferential fissures that are prominent along the caldera rim fed dark lava flows down the outer flanks of the volcano. The caldera lake that surrounds a prominent tuff cone was destroyed by lava flows during an eruption in 1958, but had reappeared prior to caldera collapse in 1968. During the 1968 collapse, the caldera floor dropped 350 m. The tuff cone rode the slow, piecemeal collapse downward without fragmenting.