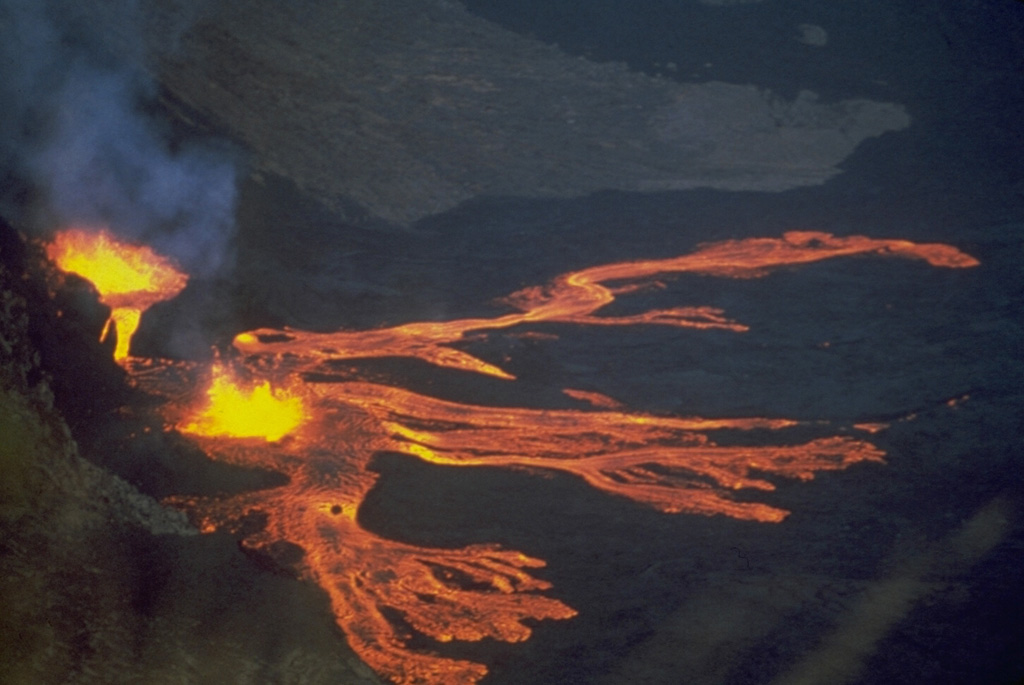 Lava fountains from Fernandina volcano in the Galápagos Islands feed multiple lobes of lava in 1978 that travel across a down-dropped block of the NW caldera bench, about 380 m below the caldera rim. The 1978 eruption began on 8 August when a 6-km-high eruption plume rose to be visible from distant locations in the archipelago. During the course of the eruption lava flows traveled 2 km into the caldera lake, more than 400 m below. Activity ended on 26 August.