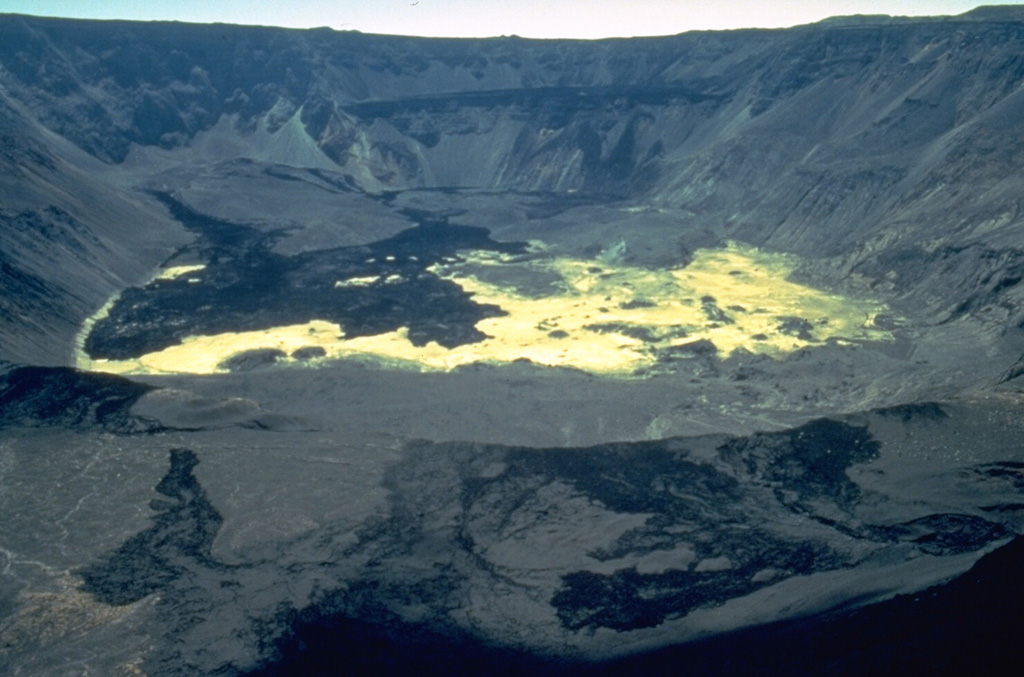 The light-colored lake sediments on the caldera floor are partially overlain by deposits of a massive debris avalanche produced when the east caldera wall collapsed on September 14, 1988. The debris avalanche swept into the caldera lake, displacing it and initially raising its level over 100 m. Lava flows from vents at about 750 m on the inner east wall were erupted through and onto the surface of the avalanche deposit on September 14-16, forming the dark areas at the left. By the time of this January 1989 photo the lake had been largely absorbed within the avalanche deposit.