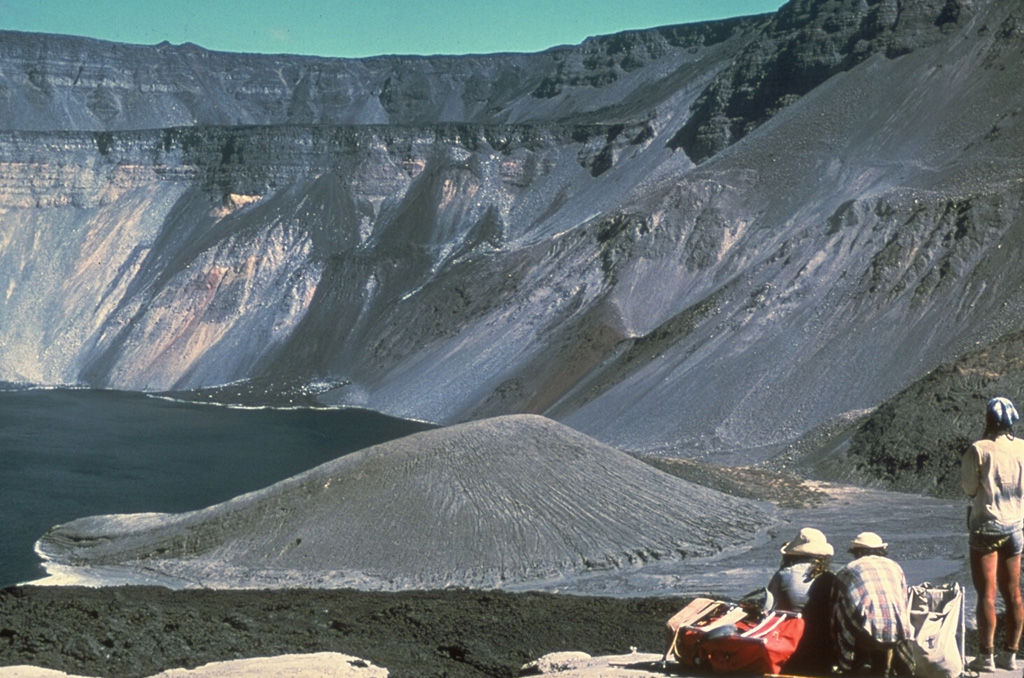 The tuff cone at the lower center, seen here from the NW in 1978, dropped 280 m during collapse of the Fernandina caldera floor in 1968. Collapse occurred in a piecemeal fashion over a period of about two weeks and the 110-m-high tuff cone, which previously formed an island in the caldera lake, rode the collapse downward without fracturing. The tuff cone was later buried by a 1991 lava flow following a 1988 debris avalanche. The prominent SE caldera bench is seen at the far side of the roughly 1-km-deep caldera.