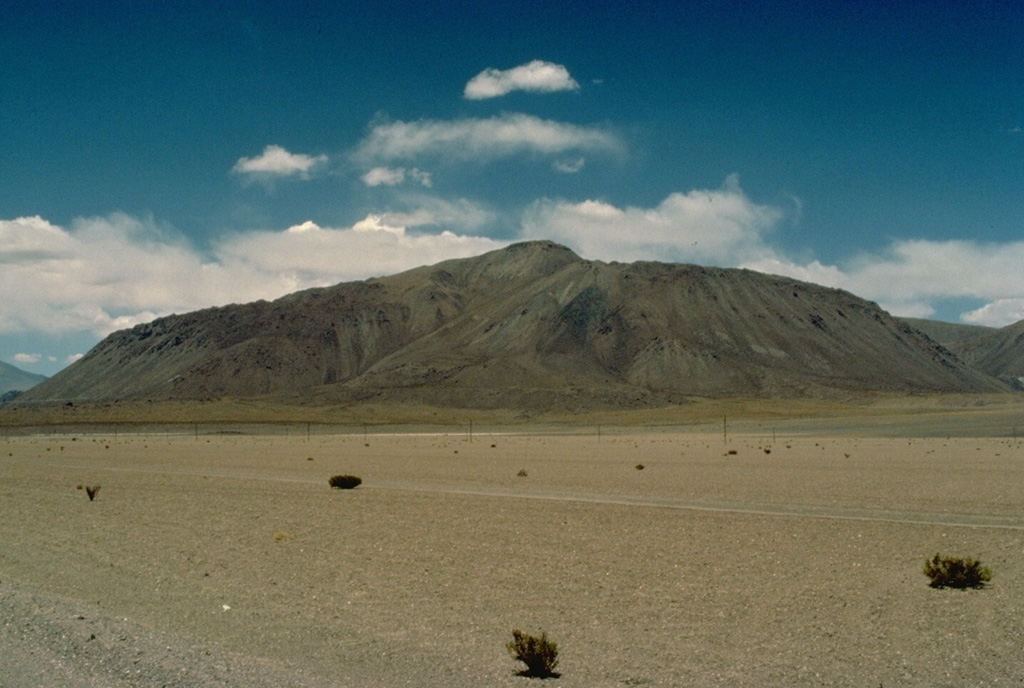 The steep-sided Chanka lava-dome complex, also referred to as Cerro Pabellón, is the most prominent feature on the lower western flank of Cerro del Azufre. This volcano is the largest and youngest of a 50-km-long, NW-SE-trending chain of Chilean volcanoes just west of the Bolivian border, south of Salar Ascotán. In addition to the Chanka lava dome, two other dacitic Holocene lava domes were erupted along a NW-SE line east of the summit ridge. This marks the most recent activity of the Cerro del Azufre complex. 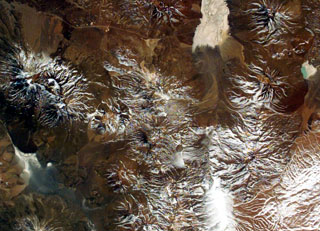