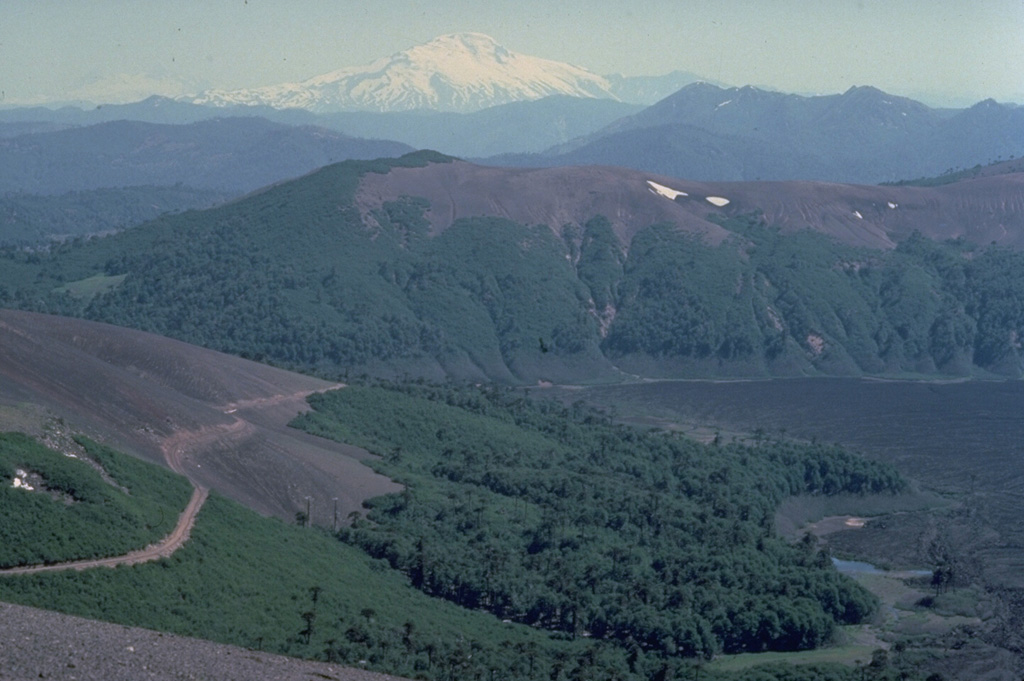 Snow-capped Callaqui volcano rises in the distance north of the foreground slopes of Lonquimay volcano. The dark area at the right in this January 1989 view is a new lava flow from a NE-flank eruption of Lonquimay that began on December 25, 1988. The lava flow split into two lobes, the Laguna Verde lobe (seen here) and the Río Lolco lobe, which eventually traveled 10 km to the NE. Callaqui volcano in the background is another historically active volcano of the central Chilean Andes.