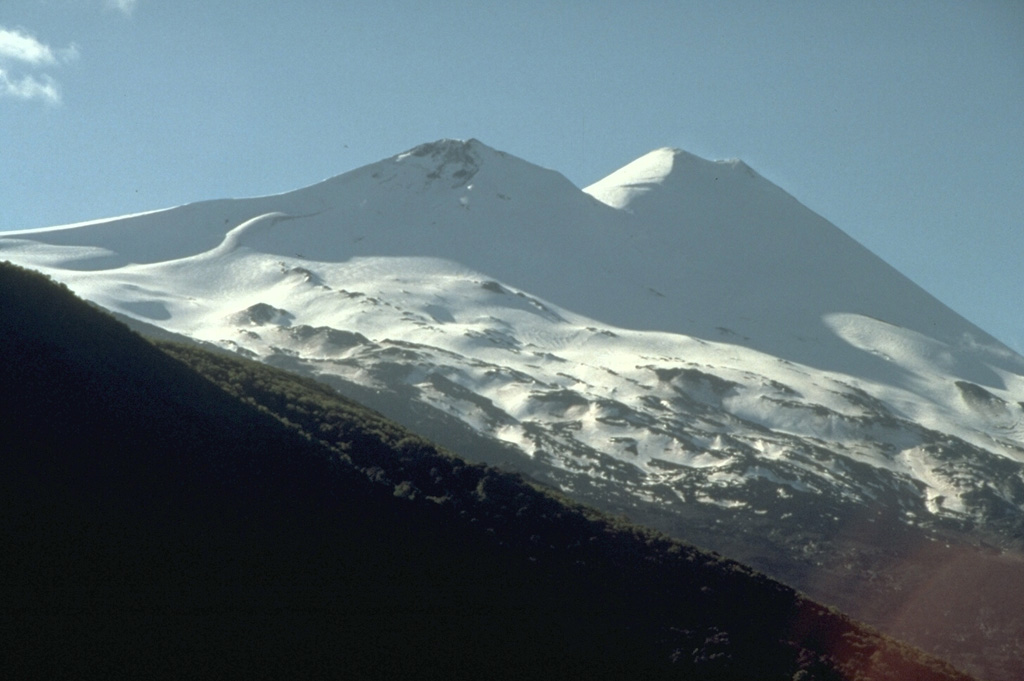 Seen from the SE, Llaima volcano has a twin-peaked profile. Historical eruptions have occurred from craters topping both the 3125-m-high summit cone of Llaima (right) and the 2920-m-high SE cone (left). About 50 eruptions have occurred from Volcan Llaima, one of Chile's most active volcanoes, since its first historical eruption in 1640. Frequent moderate explosive eruptions are often accompanied by lava flows. Mudflows sweeping down the flanks of the glaciated volcano have damaged villages at its foot.