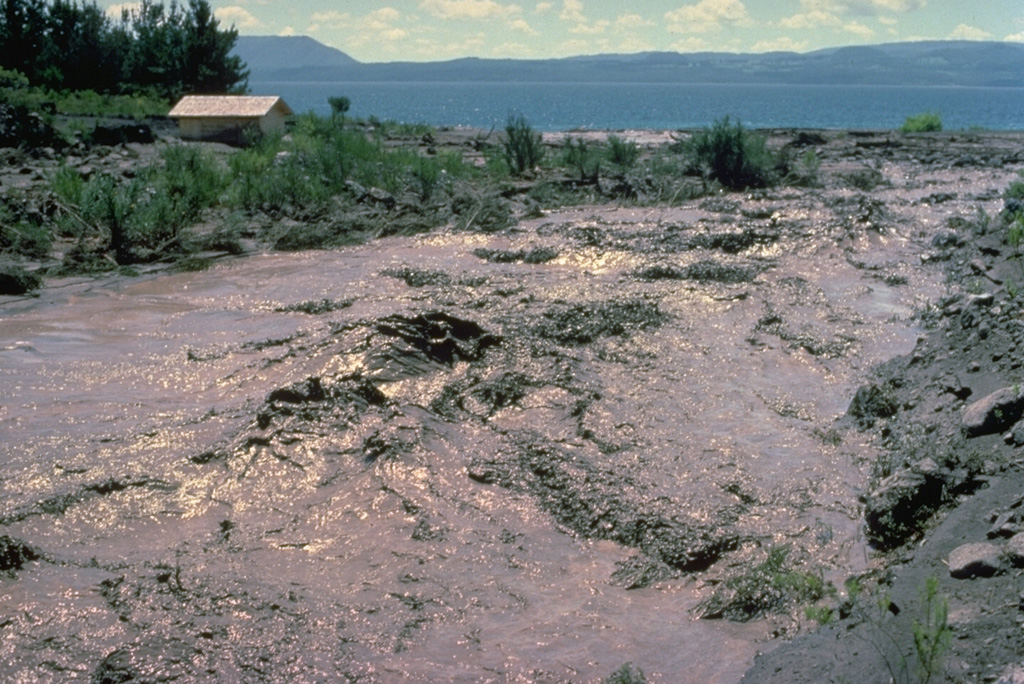 A lahar from Villarrica volcano in the Chilean lake district sweeps down the Correntoso river into Lake Villarrica in December 1984. The lahar flattened a small wooden bridge and affected houses on the banks of the river. The mudflow originated when the rate of effusion of a lava flow moving down the glacier-covered flanks of the volcano increased during the afternoon of December 6. By the following day stream flow had returned to normal.