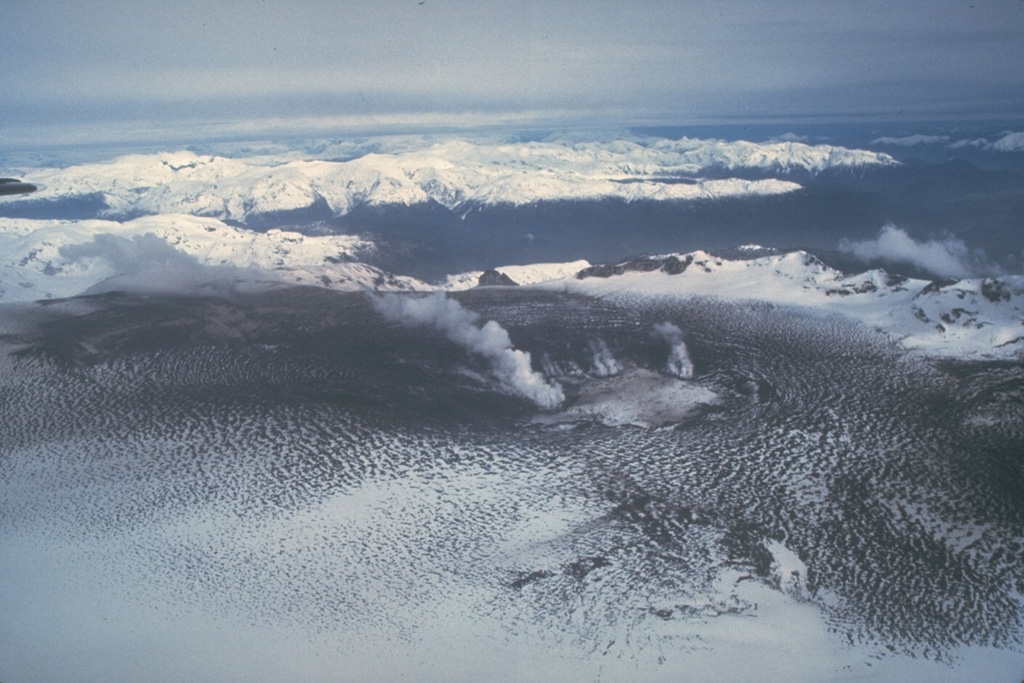 Ash from the 1991 eruption darkens the glacier filling the caldera of Hudson volcano. This August 23 view from the NE shows steam clouds rising from the margins of a 800-m-wide subglacial crater in the SW part of the caldera that was formed during violent explosive eruptions August 12-15. Ashfall from the eruption spread eastward across Argentina, damaging airport facilities, houses, and agricultural land. The eruption caused major mortality of grazing animals, whose food and water were contaminated by fluorine-rich ashfall.