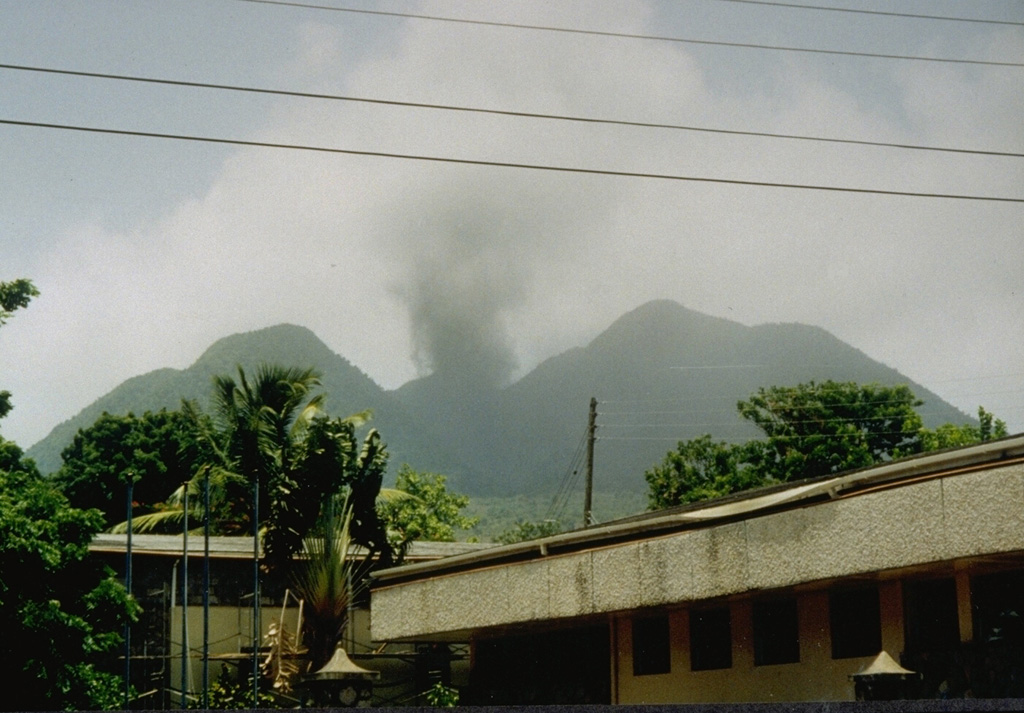 An ash plume rises above the summit of Soufrière Hills volcano on July 19, 1995, the day after the start of a major eruption that began in 1995. This view was taken from the center of Plymouth, the capital city of Montserrat, which is located along the west coast only 4 km from the summit. The eruption column is originating from a vent on the flank of a lava dome inside English's Crater.