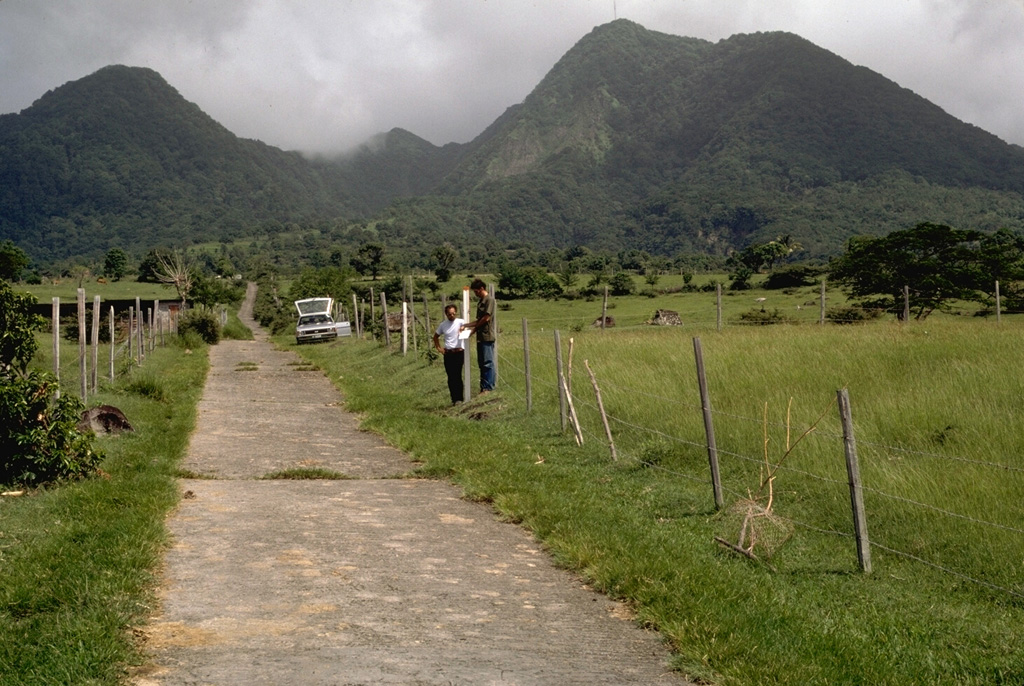 Gage's Mountain (left) and Chance's Mountain (right), seen here from the west in 1985, are the NW-most of a series of lava domes forming the summit of Soufrière Hills volcano. They are among the oldest of the summit domes, and were formed during the late Pleistocene. Pyroclastic flows that reached Plymouth in 1997 traveled down Gage's Ghaut, the valley between the two lava domes.