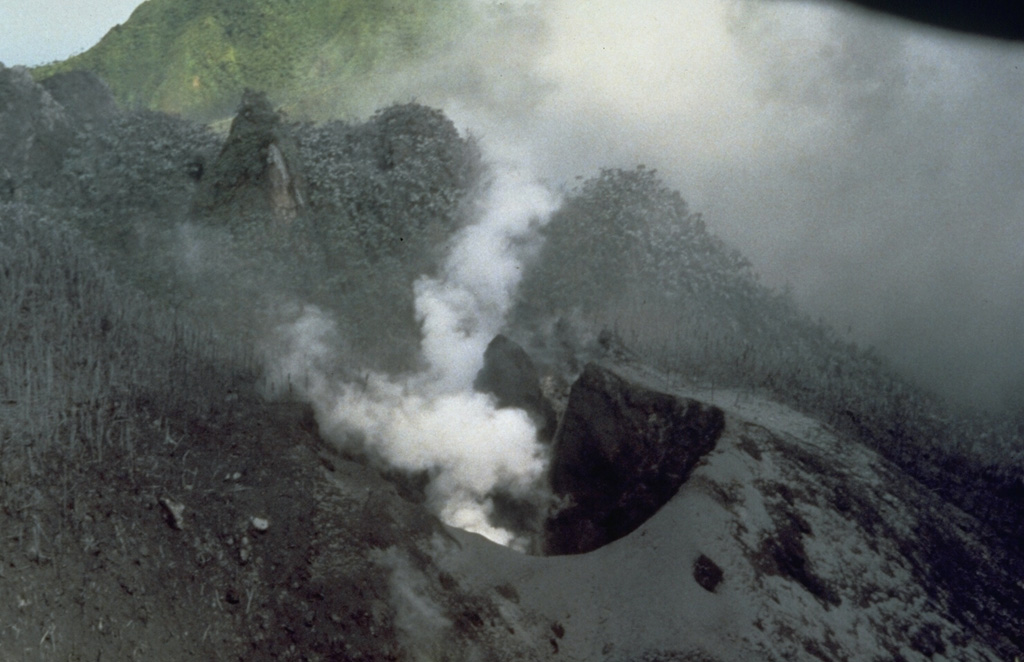 The first explosion of the eruption of Soufrière Hills that began in 1995 blasted a new crater on the NW side of Castle Peak lava dome in the center of English's Crater. Steam rises from the new crater in this August 4, 1995, view from the NW, and a coating of gray ash blankets vegetation around the vent. A second crater was formed on July 28 on the SW side of the dome. It was one of several that were created during phreatic eruptions that preceded growth of a new lava dome beginning in November 1995.