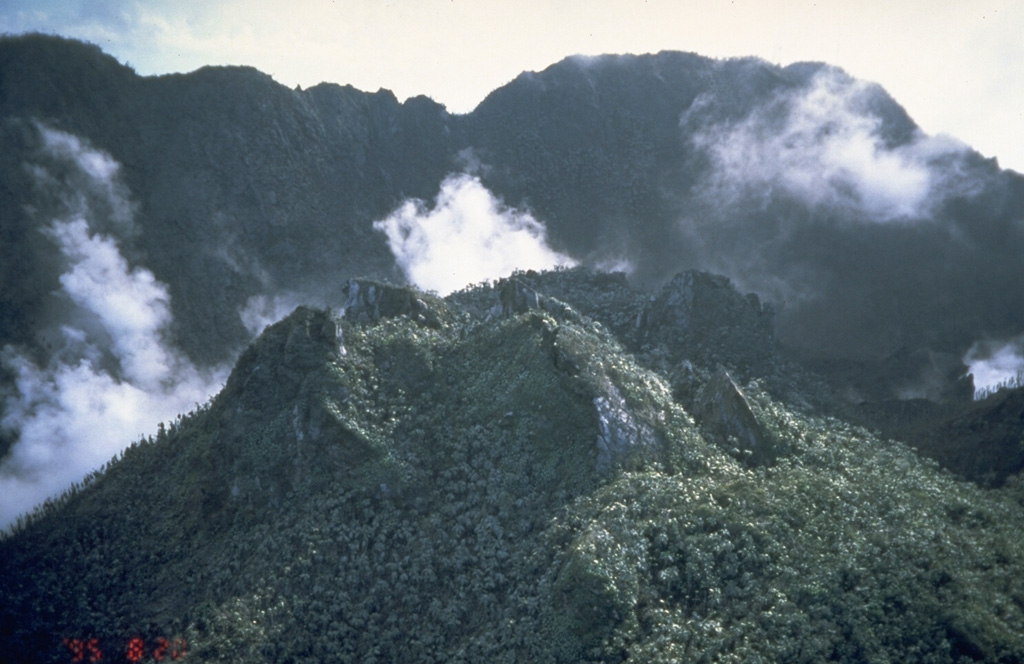 The rugged, partially forested hill in the foreground is Castle Peak lava dome, formed during an eruption of Soufrière Hills volcano about 350 years ago. The lava dome was emplaced inside the 1-km-wide, horseshoe-shaped English's Crater, whose rim forms the ridge in the background. This was the last known eruption of Soufrière Hills prior to the 1995 eruption. Castle Peak is seen here from the NE on August 20, 1995.