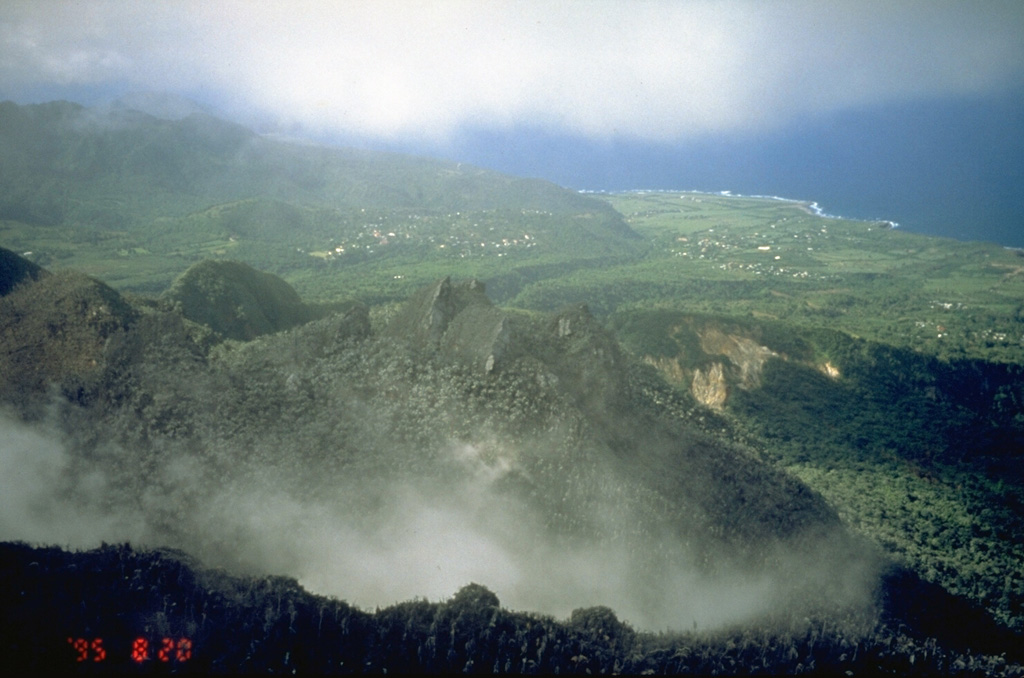 Castle Peak lava dome (center) was formed about 350 years ago during the last eruption of Soufrière Hills prior to 1995. The walls of horseshoe-shaped English's Crater are seen in front of and behind the dome. This August 20, 1995, photo from the SW shows a light covering of ash on Castle Peak from early stages of the eruption that began in 1995. The village of Harris, along the Paradise River in the center distance, was destroyed by pyroclastic flows in June 1997 that reached to within 500 m of the sea.