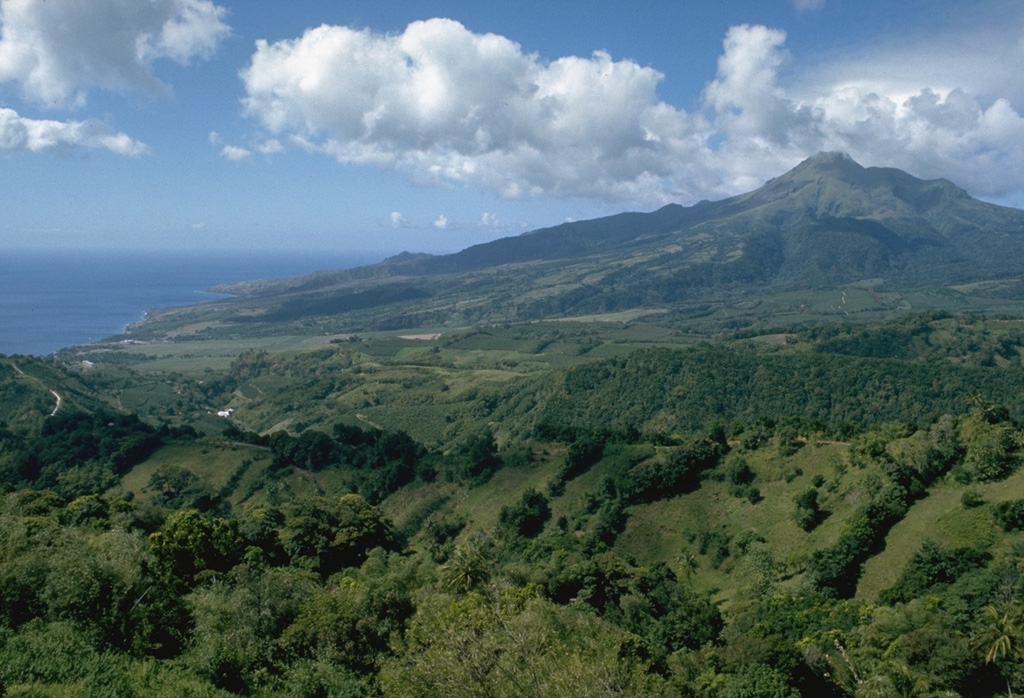 Mount Pelée towers above the city of St. Pierre (on the coast at the left), which the volcano destroyed during a catastrophic eruption in 1902. Pelée is the most active volcano of the Lesser Antilles arc, with more than 20 major eruptions during the past 5000 years. The modern volcano was constructed on the rim of a large SW-facing horseshoe-shaped caldera whose northern wall is the ridge in the shadow on the left horizon. This caldera formed as a result of slope failure of the paleo-Pelée volcano.