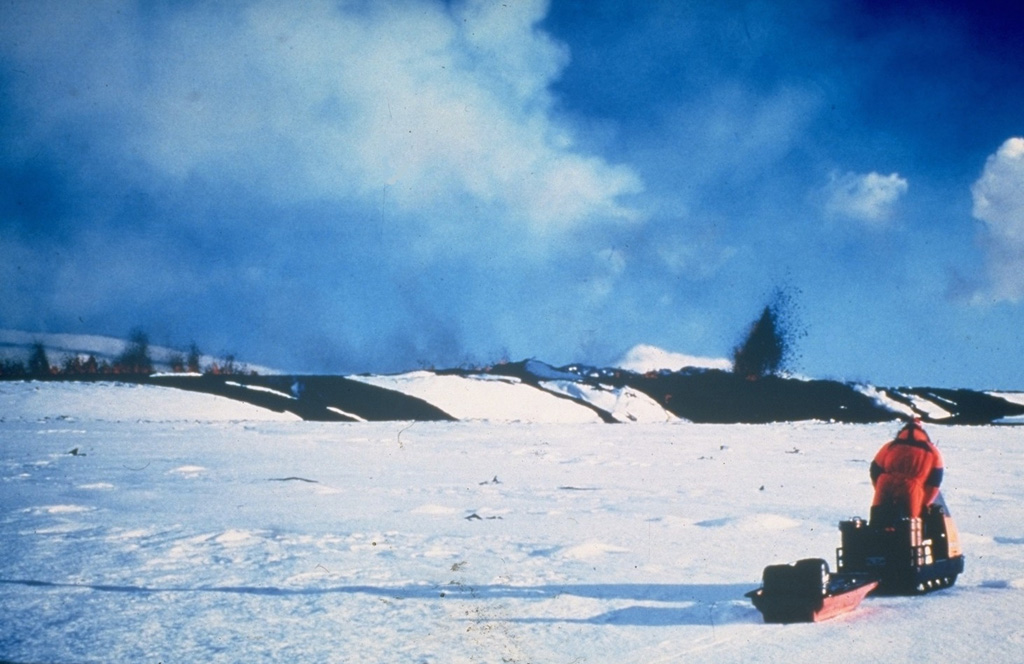 Two scientists of the Nordic Volcanological Institute doing monitoring fieldwork on 16 March 1980 were able to document the onset of activity when deflation started and an eruption began. Small dark lava fountains can be seen in a line on the left, indicating the location of a fissure, with a single larger fountain on the right which may represent a vent on the end of the fissure. Dark lava flows can be seen on the snow. A few minutes after this photo was taken a lava flow rapidly advanced in their direction, prompting them to retreat on their snowmobiles.