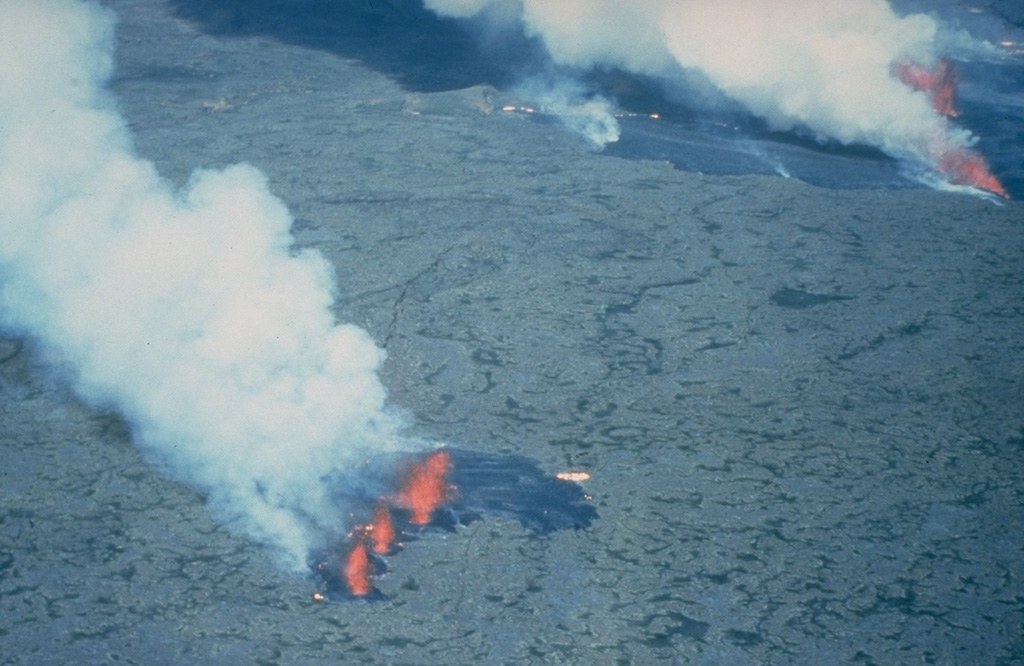 The third of four eruptive periods at Krafla during 1980 began on 10 July. The July eruption was preceded by the onset of rapid inflation, which was detected by monitoring instruments of the Nordic Volcanological Institute four hours prior to the start of surface activity. This allowed planes to be in the air to take this photo only 30 seconds after the onset of the eruption. Lava fountains rise over several newly opened eruptive fissures, and dark lava flows begin to pour over lighter-colored flows from previous eruptions.