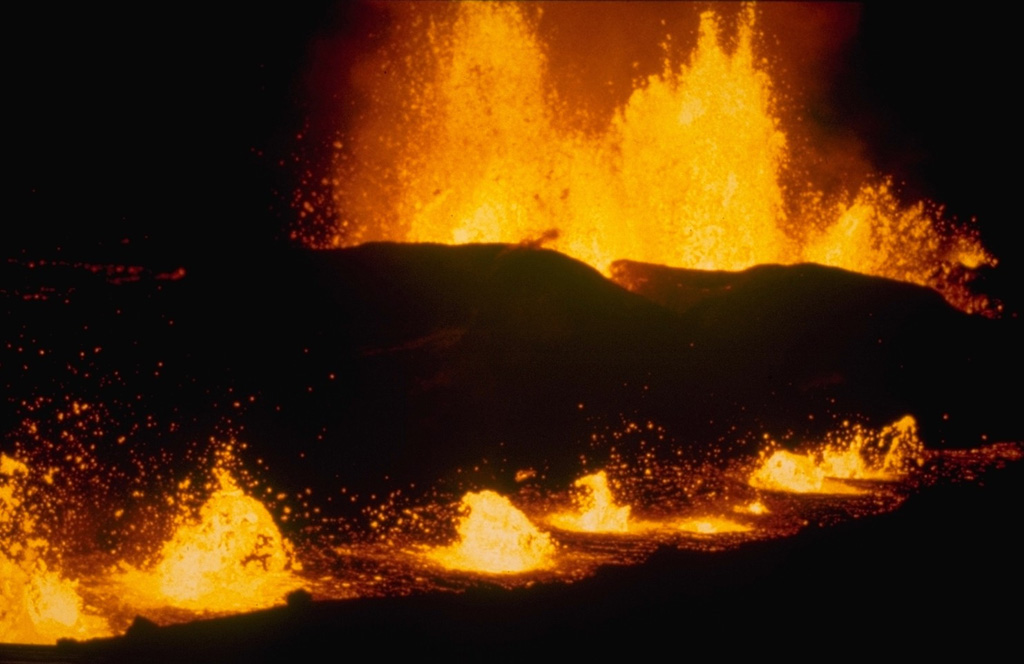 The last phase of the 1980 Krafla eruption began on 18 October, after a three-month period of quiescence. By the second night of the eruption, photographed here, activity was concentrated along two parallel eruptive fissures. Powerful lava fountains rose above the background fissure. The fissure in the foreground was less active but contained an elongated lava pond above which a row of small lava fountains formed.