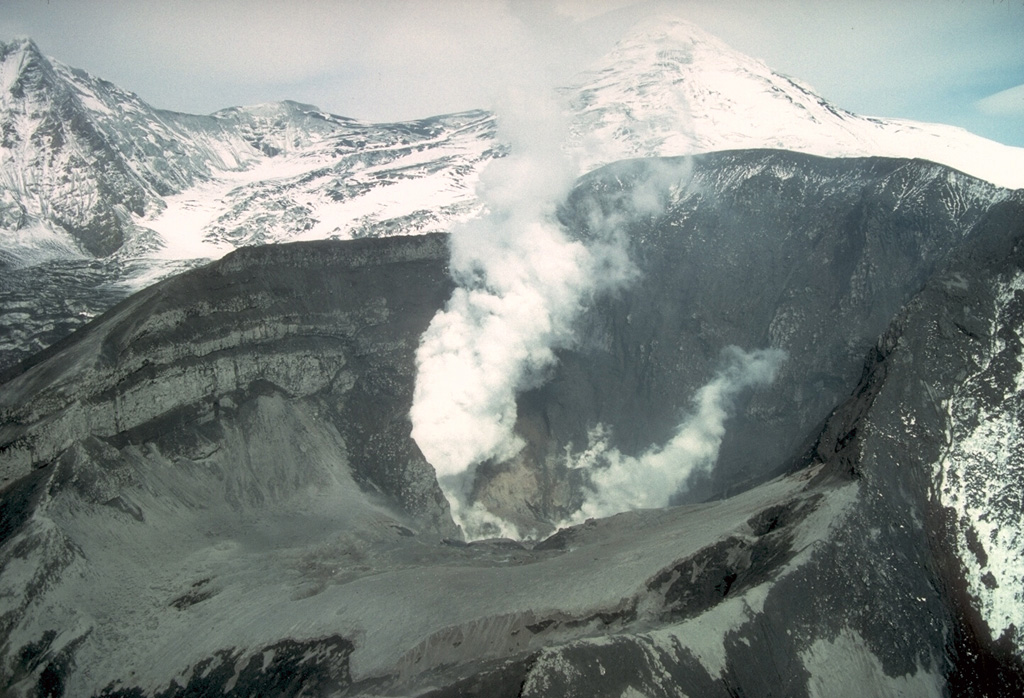 Crater Peak crater on Mount Spurr is seen here producing a plume on 18 June 1992, the day after a brief violent explosion. Fresh deposits are on the interior of the crater and the pre-eruption crater lake is gone. The summit is visible behind the plume to the upper right in this view from the south.