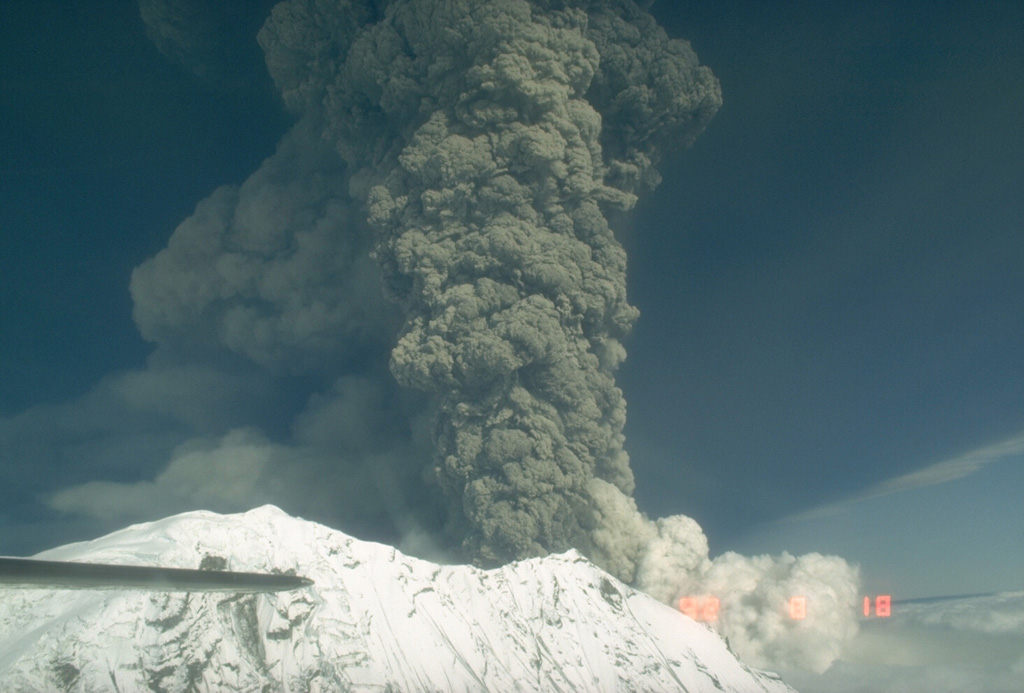 The second of three large explosive eruptions from Crater Peak, a satellite cone of Mount Spurr, 3.2 km south of the peak, occurred on 18 August 1992. This aerial view from the west shows the base of the vertical eruption plume that reached an altitude of about 13.5 km. This eruption lasted about 4.5 hours and resulted in ashfall in Anchorage, 125 km E, that resulted in closure of the international airport for 20 hours.