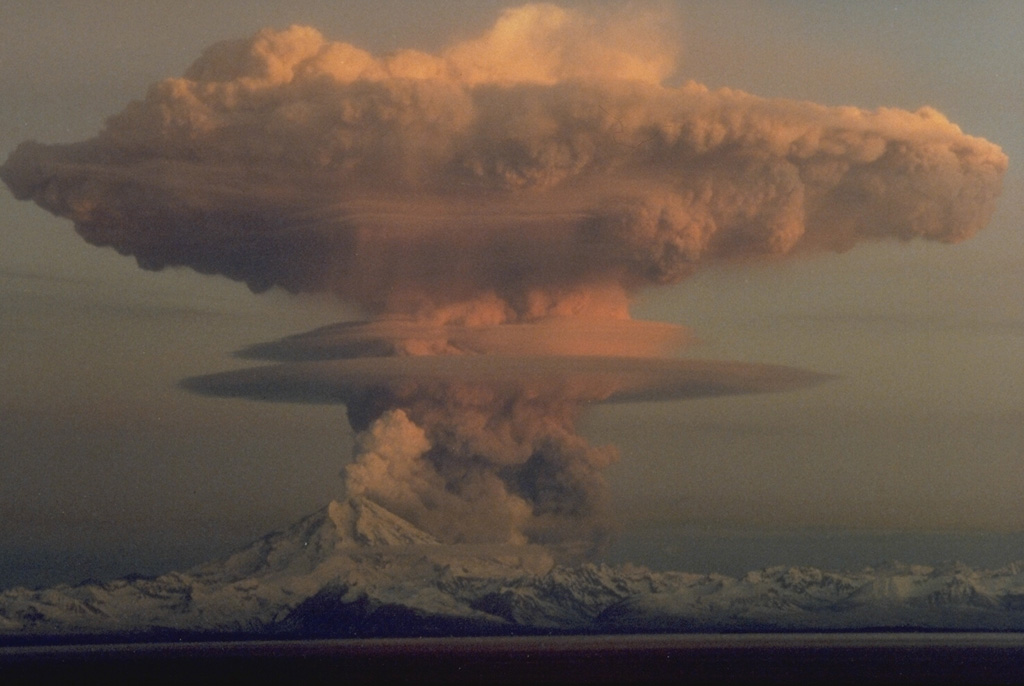 A series of powerful eruptions at Redoubt began on 14 December 1989. This 18 December view from the Kenai Peninsula across Cook Inlet shows an umbrella cloud that appears to originate from a vent on the N flank, but is actually ash from a pyroclastic flow that is traveling down the Drift River valley to the north. Ash plumes during the initial days of the eruption reached heights of about 10 km. Several episodes of strong explosive activity and lava dome growth lasted until June.