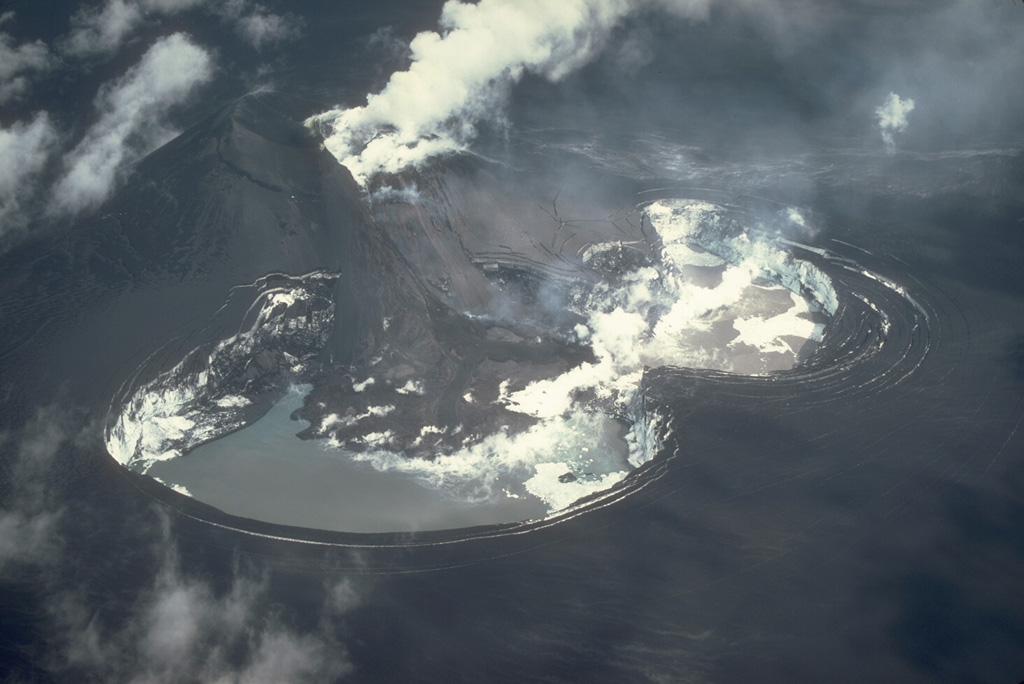 Strombolian eruptions from a scoria cone (upper left) produced heavy ashfall that darkens the entire Veniaminof caldera floor in this 26 July 1983 view from the SW. A plume rises above a vent near the top of the cone that is producing a lava flow down the flank and melting a large pit in the glacial ice Two meltwater lakes have formed in the depressions and steam rises from the margins of the lava flow. Concentric fractures are visible around the margin of the pit due to exposed glacial ice from the collapse.