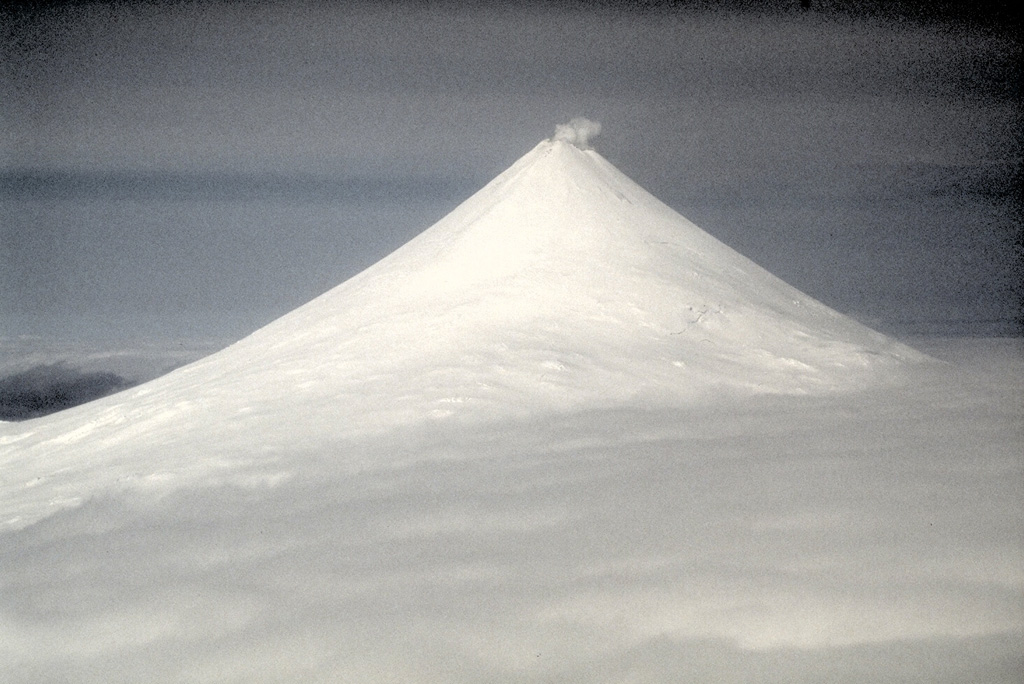 Shishaldin, located on central Unimak Island in the Aleutians, has a summit crater that emits a nearly continuous plume. It is the highest and one of the most active volcanoes of the Aleutian Islands. There have been frequent Strombolian eruptions, sometimes with lava flows, since the 18th century.