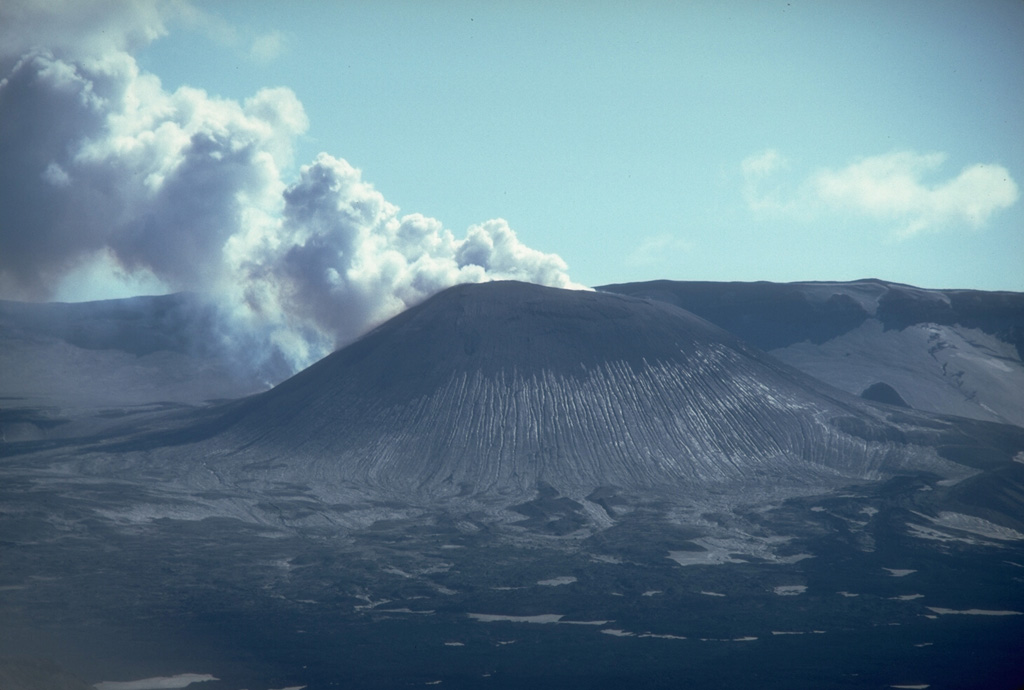 A steam-and-gas plume rises in December 1980 from a scoria cone in Alaska's Okmok caldera. Known only as Cone A, it is one of numerous unnamed cones within the 10-km-wide caldera. Erosional furrows produce linear stripes on the flank of the cone. Eruptions in 1945 and 1958 produced lava flows onto the caldera floor. The wall of Okmok caldera forms the skyline ridge.