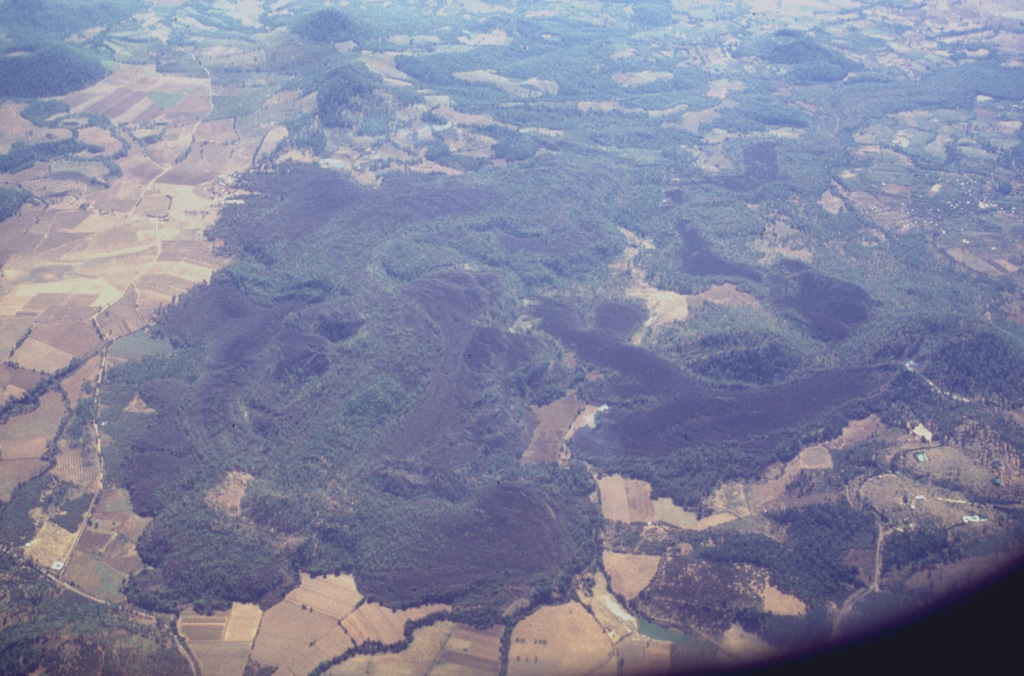 Lava flows in the western part of the Michoacán-Guanajuato volcanic field are seen here from the north. Cerro el Astillero, a scoria cone near the middle right-hand margin of the photo, was the source of the unvegetated lava flow that extends to the east and then south. Cerro el Pedegral, a cone near the lower left, produced lava flows to the west and south toward the upper part of the photo. This lava field is located near the town of Tancítaro and is among the many Holocene flows in the Michoacán-Guanajuato field.