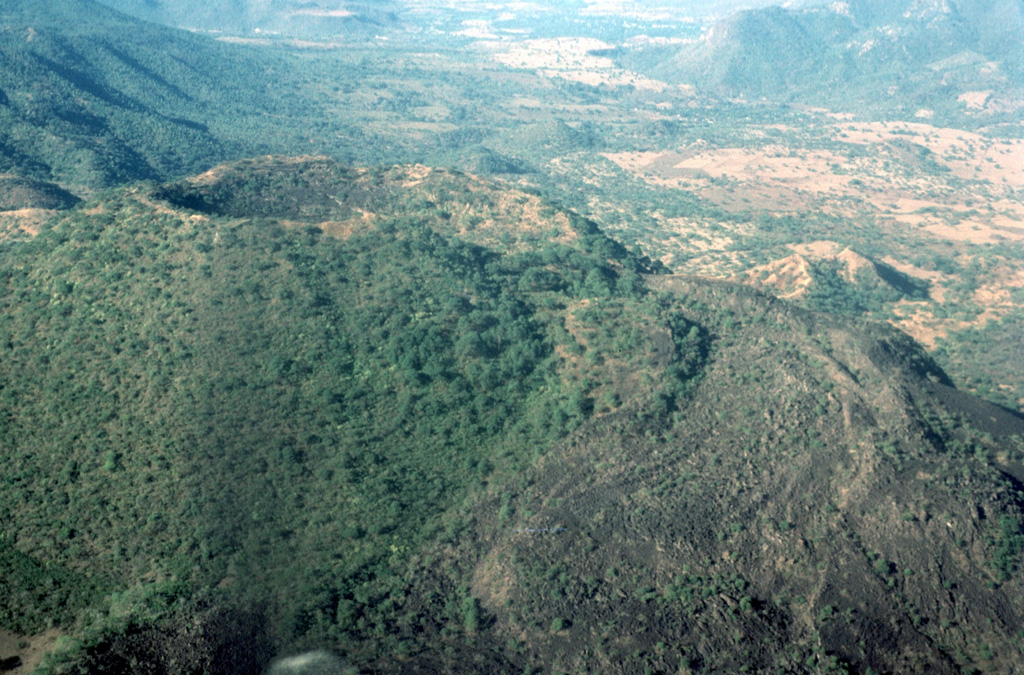 Jorullo cinder cone, its crater seen here from the ENE, was the first volcano of the Michoacán-Guanajuato field to be born in historical time. The eruption began with phreatic and phreatomagmatic activity on September 29, 1759. Wet ashfalls and mudflows in the first days caused much damage to neighboring haciendas. By November 13 the cone had reached 250 m height. The long-term eruption continued until 1774. The sparsely vegetated lava flow at the right was the latest product of the eruption.