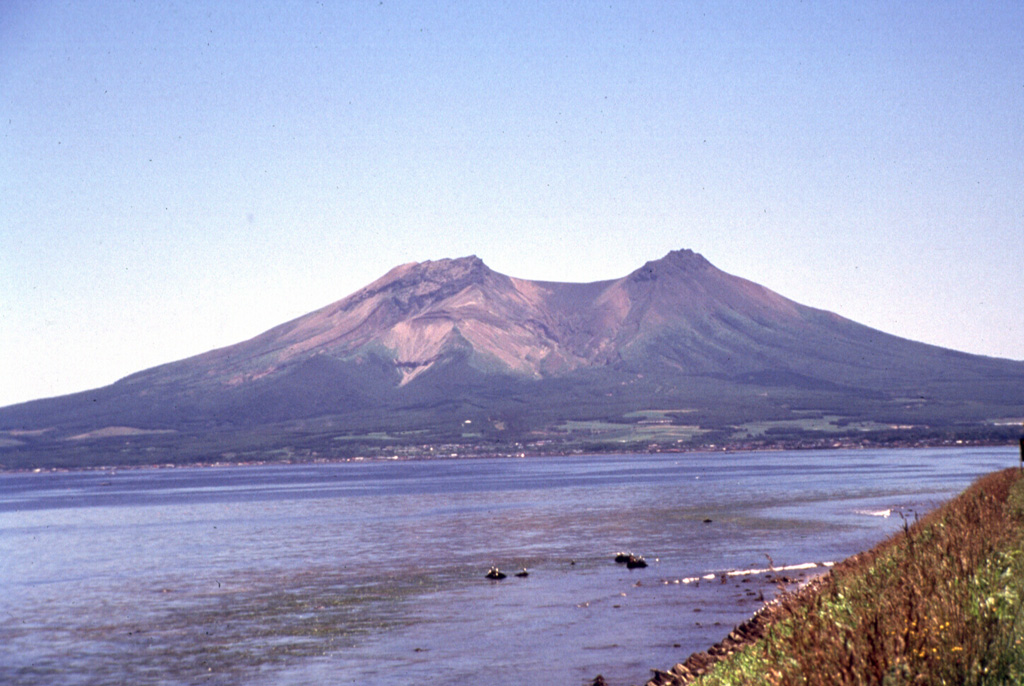 The two summit peaks of Komagatake, seen here from the NW, are remnants of a scarp formed by prehistoric flank collapse towards the NW. Several episodes of growth and collapse have occurred, with the most recent in 1640 when the flank collapsed towards the E.