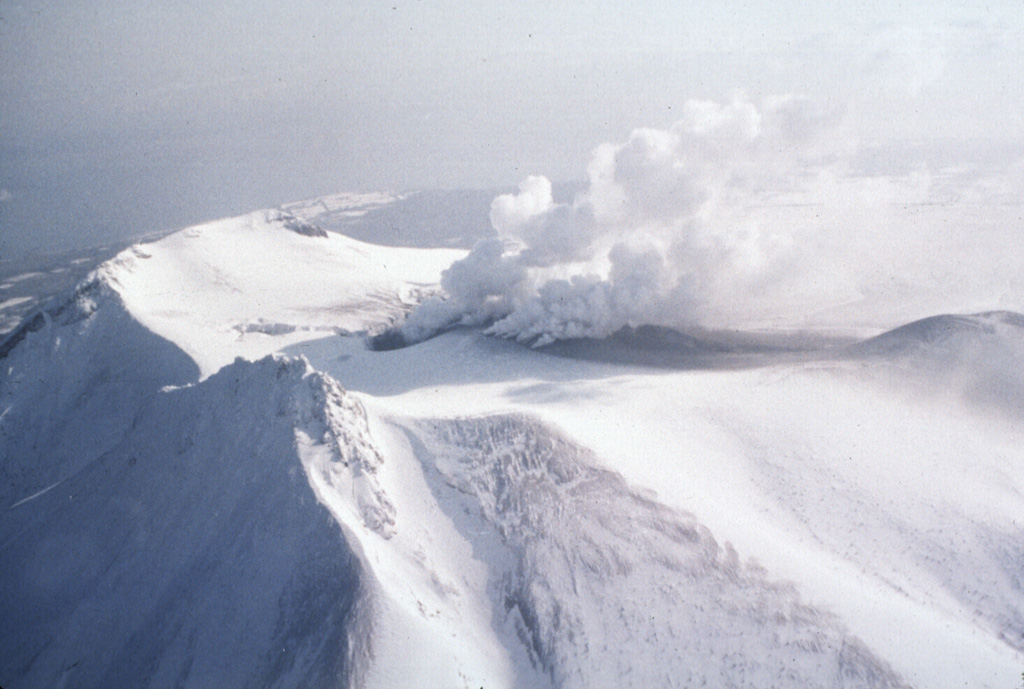 The 1996 Komagatake eruption occurred at several vents seen producing plumes in this 7 March view of the summit from the W. A phreatic eruption began the evening of 5 March from the 1929 crater and a fissure, depositing the ash seen here. Activity consisted of steam-rich ash plumes that declined after 12 March.