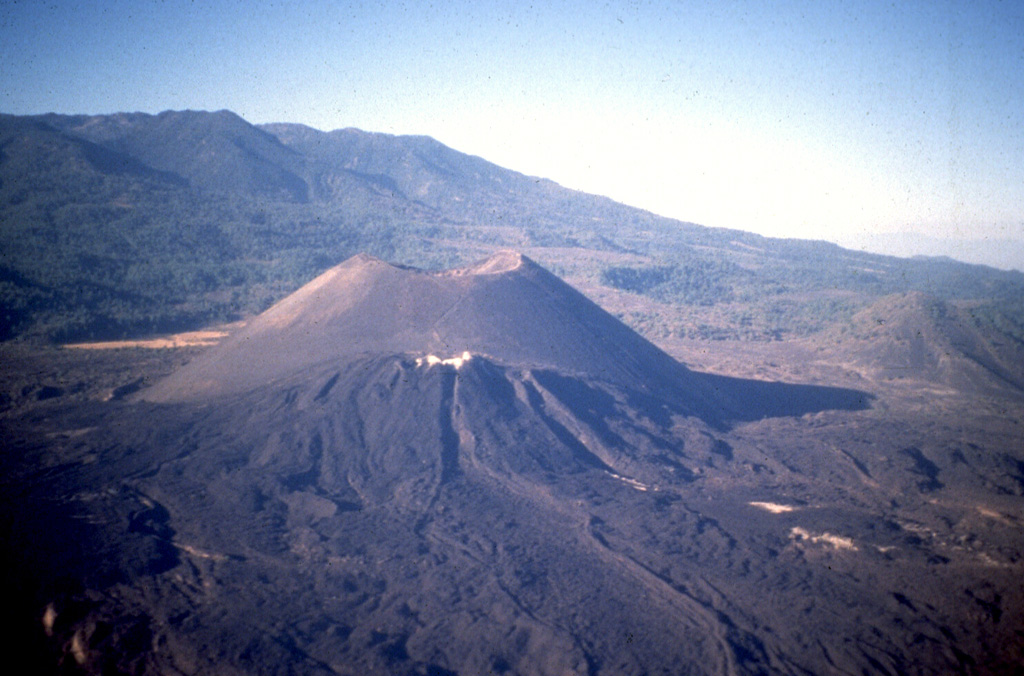 Parícutin, the volcano born in a cornfield in 1943, is the best-known feature of the Michoacán-Guanajuato volcanic field. The huge volcanic field contains over 1400 vents covering a wide area of Michoacán and Guanajuato states. Cinder cones are the predominant volcanic form, but small shield volcanoes, lava domes, maars, tuff rings, and coneless lava flows are also present. Parícutin is seen here from the NE with the flank vent of Nueva Juatita, the main source of lava during the last five years of the eruption, in the foreground.